The two twin sisters, Tara and Tori, work in the same clinic. Tara works in the maternity ward and Tori is an intensive care specialist.

One day the sisters learned that they had to work together in the delivery room. They were very surprised, because they never worked in the same room.

The nurses learned that a woman who was due soon was going to give birth to twin girls.

Although the sisters are from the same team, it was the first case that Tori had to participate with her sister in a delivery.

The twins were a little moved. They didn’t even know that they were twins who were going to be born. 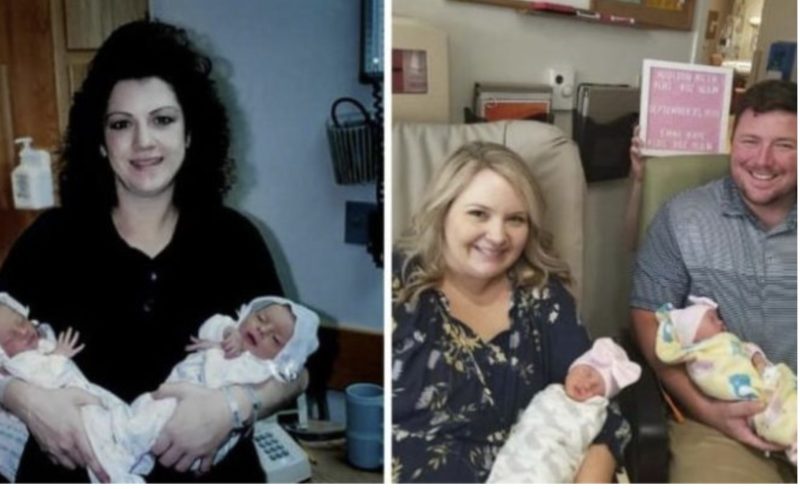 Twin babies were born prematurely, by caesarean section. The wonderful cuties were named Emma and Addison.

The newborns stayed in the hospital for a week.

As Tori was a little weak, she was taken to the intensive care unit.

The little one was cared for there by Emma and Tara took care of Addison in the maternity ward. 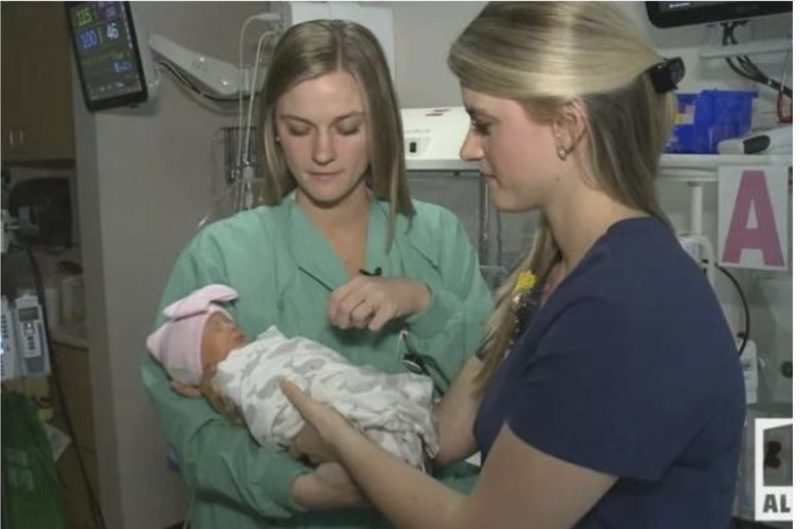 The girls’ parents, Rebecca and Brennan, loved the two nurses who were twins like their little ones.

The mother of the newborns said that when the girls grew up, she would tell them the beautiful story of their birth.

The babies’ parents captured the good times when the twin nurses held the little twins in their arms. 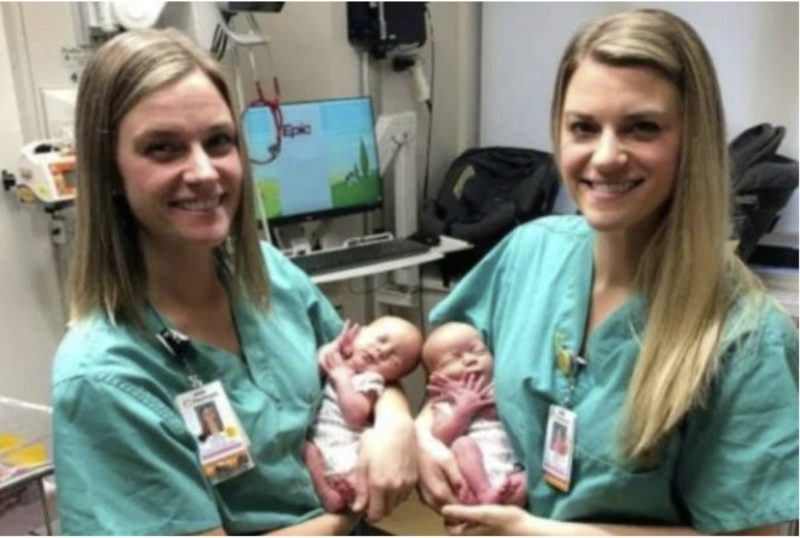 Tara and Tori spoke to the twins’ mother about their childhood and gave her advice that could be very helpful.