There is a traditional festival that is celebrated in Spain and Latin America or in the communities
Spanish speakers.

It is called quinceañera, the celebration of 15 years. It symbolizes the girls’ farewell to their childhood, because according to tradition, on this day they turn into women.

On their birthday, fifteen-year-old girls wear cute special dresses. There is good food, a place decorated with flowers, balloons and music.

There was a quinceañera in Greensboro, a city in North Carolina in the United States.

When a family was celebrating their daughter’s 15th birthday, neighbors were upset at the noise of the party and called the police.

But there are certainly police officers who are understanding.

And the police officers who arrived on the scene understood that the party should not be spoiled.

After being invited, the good policemen did not refuse the proposal and decided to join in the fun.

They had little time left to finish their service and they spent the rest of their work among the hosts. 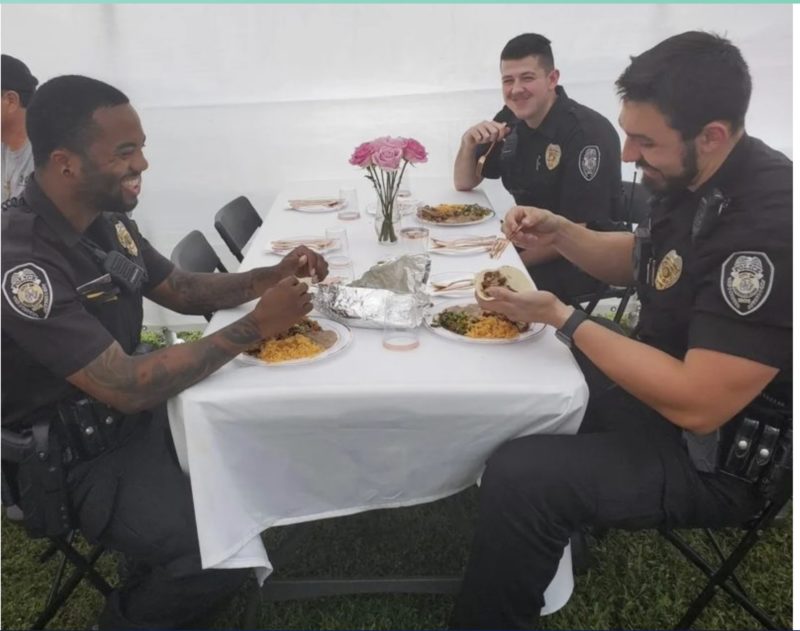 The police ate well, had fun and took pictures. They made the party more joyful and interesting.

This story with photos was published on social networks.

Although there were users who thought that it was not necessary to make so much noise, several people thanked the kind-hearted police officers for being benevolent and indulgent. 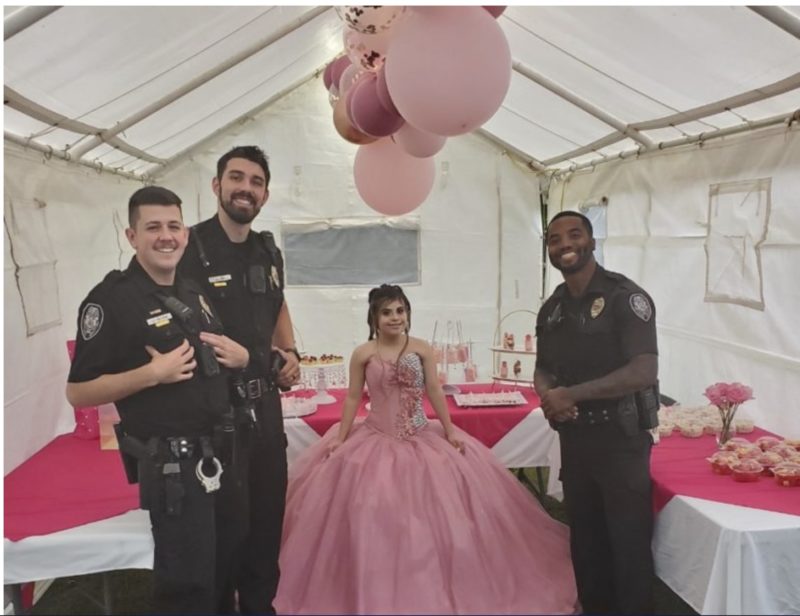 The police allowed the family to continue celebrating. We hope that the neighbors did not get very angry and they too were understanding.