About 14% of the land surface of our planet is covered in desert. Often the desert is compared to an ocean of sand, an endless ocean of emptiness and oblivion.

It is not possible to imagine the quantity of sand in this immense sandy plain which extends to the horizon.

But it is possible to weigh the depth of the sand layer by digging a hole.

The thickness of sand is varied. It depends on the wind which can transport tons of sand from one place to another by forming dunes.

So the amount of the sand layer may change depending on the geographical location.

In deserts, there are also stony places called solonchaks, where there is no sand at all.

The average depth of the sandy space reaches 100 to 200 meters.

So, in the Sahara, the layer of sand is 150 meters, but in the desert of Namibia it reaches up to 400 meters. 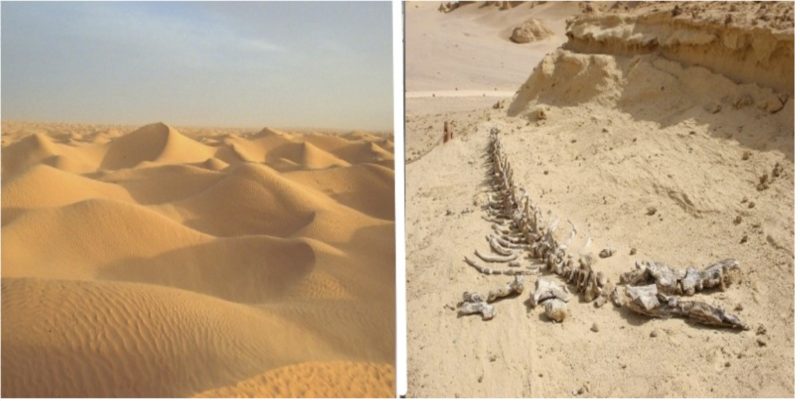 Formerly, several areas of the deserts were fertile lands and sometimes covered with water.

But after the geomorphogenesis formations, thousands of years ago, everything changed and the fertile lands turned into desert.

Under the sands are hidden different layers composed of stones or earth that hide certain secrets. 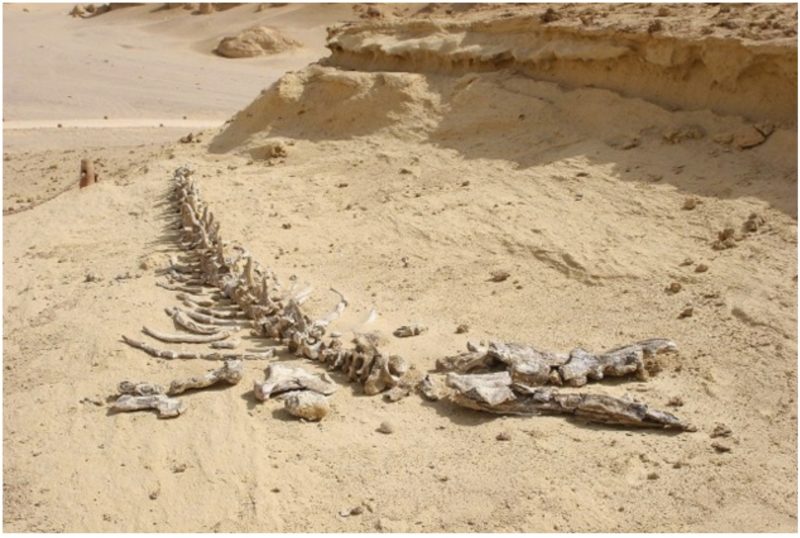 So, in the Wadi Al-Hitan desert in Egypt, under the depth of the sand, archaeologists discovered gigantic skeletons of whales.

This means that sea creatures once swam here.