A young man from Romania called Victor Micula, whose father was a millionaire, decided to clean the tires of his sporty Lamborghini with champagne.

The guy bought overpriced bottles of champagne and wasted them washing his car’s tires.

Cleaning them, he filmed this whole process to share the video on TikTok. It was inspired by an Instagram movement called Rich Kids.

The wealth of Victor’s father costs 210 million dollars. It is obvious that the son of this wealthy industrialist is badly brought up and boastful.

Instead of soapy water, he used two bottles of champagne: a bottle of Cristal and that of Moët et Chandon, spilling them on the tires.

Again, he wanted to know which brand of champagne could clean the best. 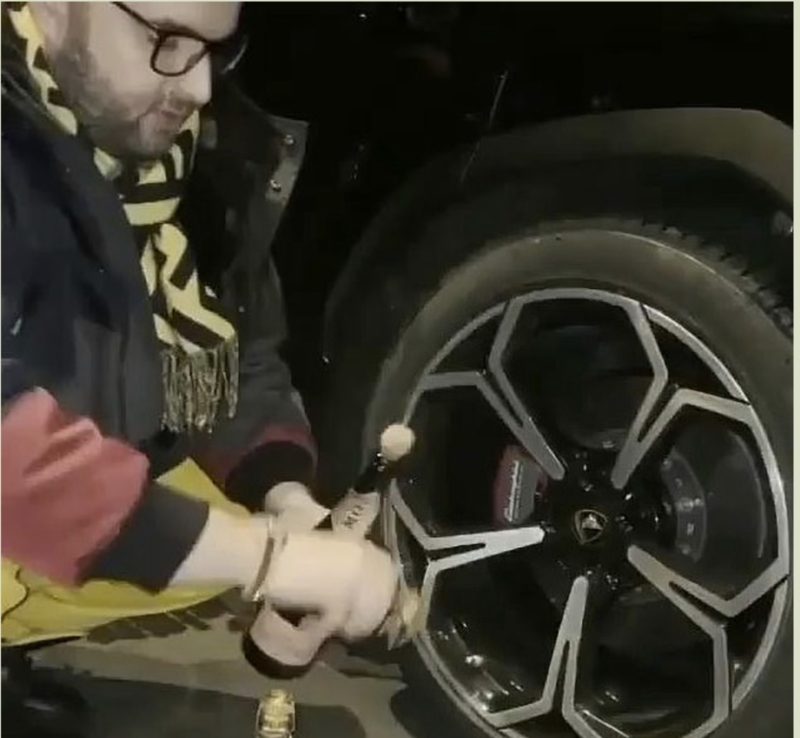 He started to compare the bottles, then he poured them on the wheels.

“I wanted to know what brand of champagne would clean my car tires properly,” the guy explained while capturing these images. “Also, you have to protect the face under the mask,” he added.

Unfortunately, he didn’t reveal his secret on the effectiveness of washing with champagne.

His videos on TikTok went viral and got thousands of views.

Surely a serious young man could find other means of entertainment for his subscribers.