It is an emotional story that has melted the hearts of thousands. The parents captured the sweet scene where the two brothers spend very affectionate and very sentimental moments.

The older brother of 6 years old, Rayce holds in his arms his younger brother Tripp who is a baby with Down syndrome. Rayce sings for his darling brother a beautiful song.

The little one was born with Down syndrome, but that doesn’t prevent his whole family and especially his older brother from loving him so deeply.

This special relationship between the two brothers began in the hospital.

After his birth, when the baby stayed in the hospital for medical care, Rayce visited him all the time, he looked at him tenderly and stroked his hair. 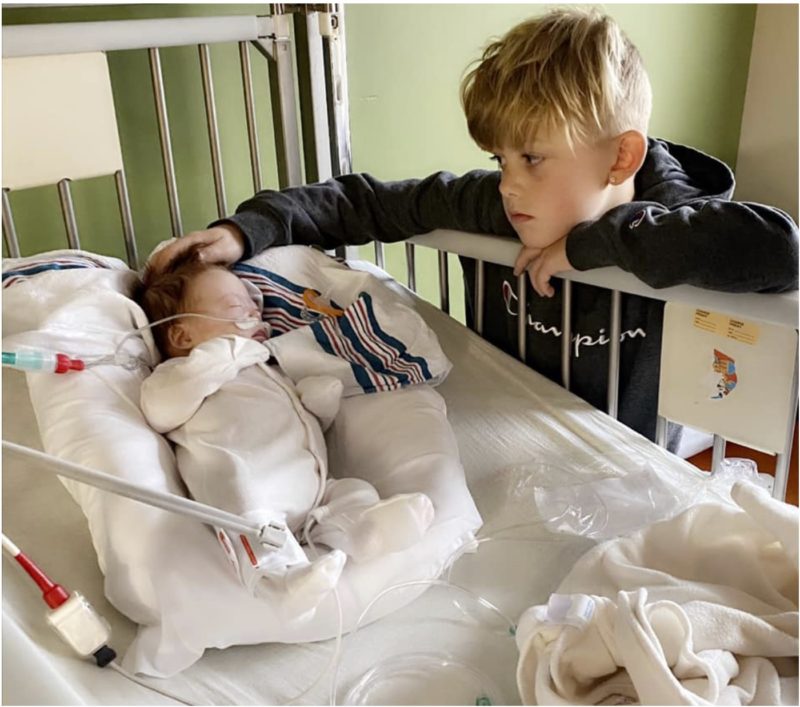 This very special song, which Tripp likes to listen to, is “10000 hours” by Justin Bieber, with beautiful music and lyrics. It was a show of love from his older brother.

The boys’ mother, Nicole Powell, tells the Fatherly website: “Rayce is still with Tripp. It is a surprising attachment.

He expresses his boundless love with this beautiful melody: I’ll love you ten thousand hours or maybe the rest of my life, sings Rayce. 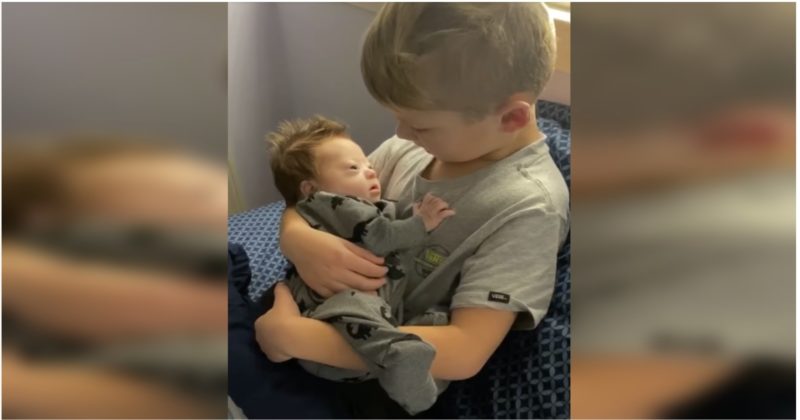 The mother of four shared a video on her Facebook page where Rayce sings softly to her baby brother with Down syndrome, holding him in her arms.

This emotional and comforting scene touched many people and it went very viral.