A boy, named Fallon, loved music. He went to the JB Hart Music Co music store every time, to examine his favorite guitar.

It was a Dean “Dimebag” Darrell ML guitar. This model was played by the famous guitarist of the American metal band called Panter.

Fallon was a well-educated teenager. When he went to the store to look at his beloved instrument, the store staff allowed him to play for a few moments.

But the guitar was expensive and he couldn’t afford it.

One day, a customer walked into the store and noticed the boy taking an interest in the guitar. The man understood, that the teenager had no possibility to buy it. 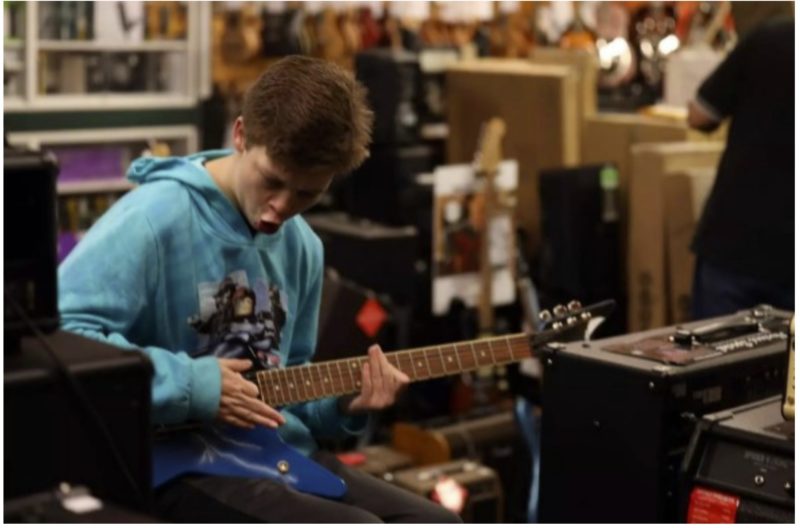 The next day, the stranger came back to the store and approached the sellers, explaining that he wanted to buy the guitar for the young man to fulfill his dream. But the man wanted to give his gift anonymously.

The staff expected Fallon to visit the store the next day. Days passed, but Fallon still did not return.

It turned out that he had moved with his family to Texas. 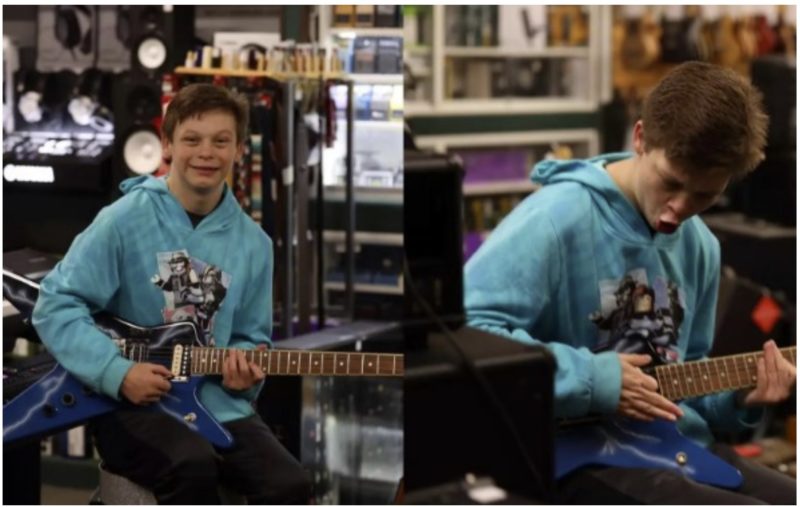 Good News Network reported that after eight months, when the boy had returned for a few days and walked into the JB Hart Music Co music store, he was stunned by the surprise presented.

When the members of the Pantera group learned of this story, they sent a package for Fallon, full of gifts!