When pets fall ill or have an accident and become mutilated or blind, there are owners who cruelly abandon them by throwing them into the streets.

And these animals that have lived all their lives in an adoptive family, become vagabonds and beggars looking for food in garbage cans. But the dog Olive was lucky, he had wonderful owners who cured him by restoring his lost sight.

The events in this story took place in Canada.

When the dog went blind, his former owner abandoned him and the dog was found by volunteers and taken to the shelter.

But there was a couple who wanted to adopt the blind dog to make their life happy.

Holly and Bart Emmerson have decided to adopt a pet. They contacted a shelter and while visiting, noticed the blind black cocker spaniel. His name was Olive because rescuers found him on Olive Street.

The dog was a bit skittish and couldn’t even see his owners. But despite everything, the couple decided to adopt him. 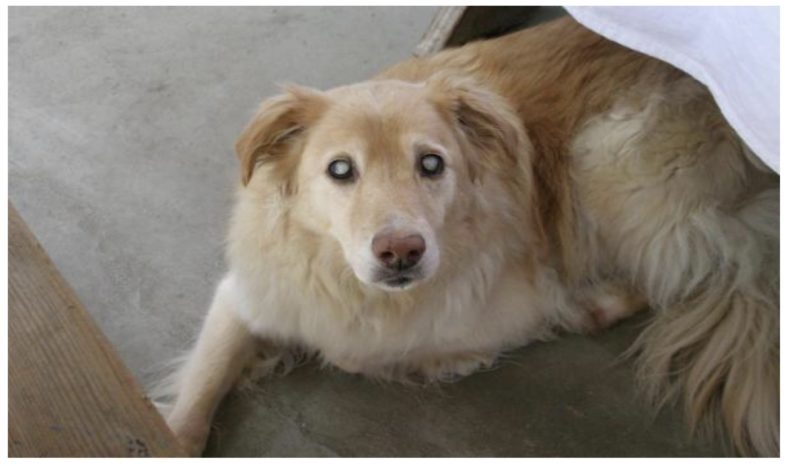 The dog was taken to a vet and the doctor confirmed he had cataracts, but could be cured with surgery.

Olive was operated. Her new owners were very worried. But, luckily, everything went well. 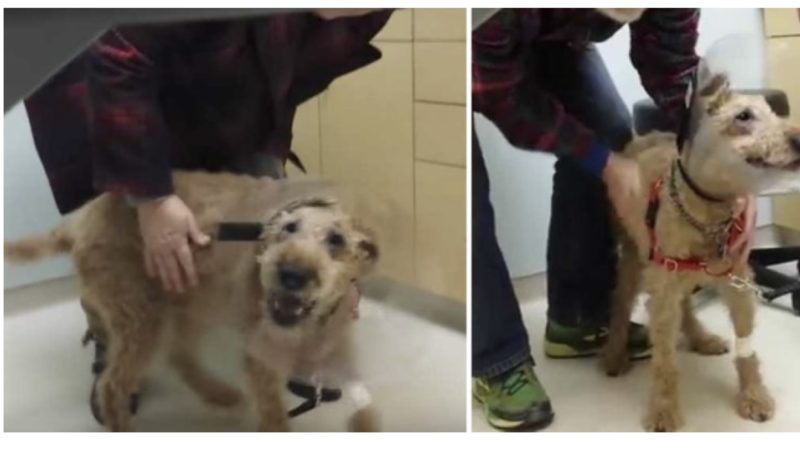 Their meeting after the operation was very moving.

The dog, regaining his sight, recognized his loving owners and approached them.