Kieron Williamson, a 14-year-old boy, lives in Great Britain. We call him little Monet, because he is a talented painter.

His parents discovered his gift for painting when he was barely four years old.

During a family vacation, Kieron painted his first work, it was a beautiful landscape he drew in the middle of nature.

From that day on, the child prodigy set about creating magnificent landscapes of his Norfolk region and also of Cornwall, where his family goes on vacation.

His very beautiful and sincere paintings radiate the serenity of the boy’s soul which is united with nature. 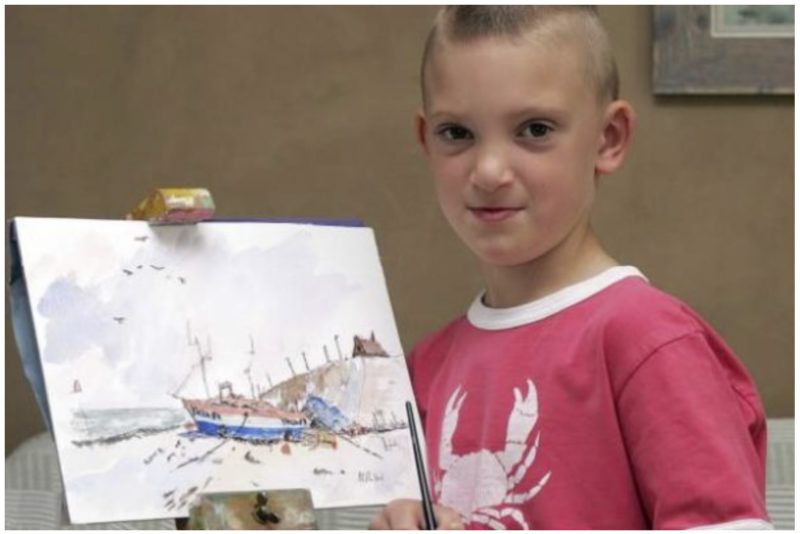 He has admirers in the United States, Germany and even Japan.

And as he painted a lot, from the age of eight he began to sell his works by auctioning them on the Internet.

Already, at nine years old, Kieron has sold several works and won about 240 thousand dollars during an auction. Once, in half an hour, the teenager was able to sell more than 20 canvases on the Internet.

With the money earned, the parents of the gifted millionaire opened a business called Kiron Williamson Ltd.

Currently, Kieron is Britain’s most recognized and wealthiest young artist.

Today, the price of a painting reaches thousands of dollars. The young landscaper bought a house for his parents.

They are sure that their son will become a famous painter like Monet.