The donkey Alma wandered around the village. She was pregnant and sick and no one knew where she appeared from. The villagers did not need a sick donkey in such a state.

But they took pity on her and took her to an animal shelter. The shelter staff took care of her and did everything to help the poor animal.

The shelter veterinarian was treating her illness so that she could normally give birth to her baby.

When the donkey gave birth to her colt, she immediately refused him and did not want to breastfeed him. 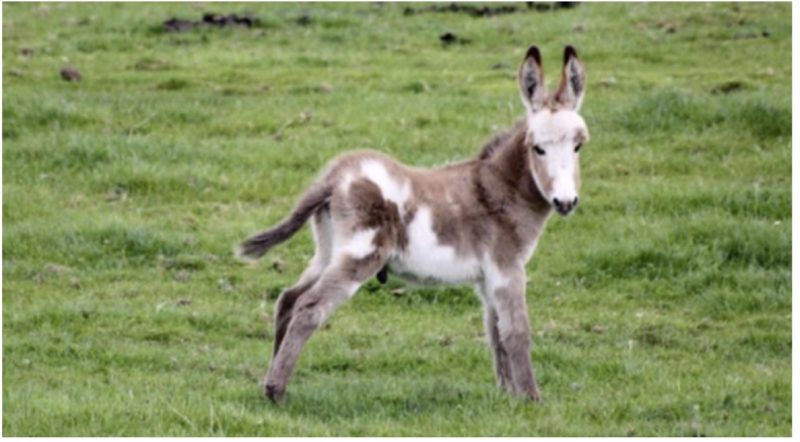 The staff were too surprised for this mother’s conduct and tried their best to help them join, but to no avail.

The donkey did not want to feed her baby. The little one was fine. We called her Julie. Shelter workers nursed and fed the baby every four hours.

He was growing up, but felt all alone.

He was allowed to wander around the territory of the shelter, but his eyes were still sad, he needed motherly care.

Finally, the staff decided to find a family for Julie.

A man arrived and took him to his farm where there was a donkey with her baby.

The donkey welcomed the guest with pleasure and very quickly. We can say that she adopted it immediately. 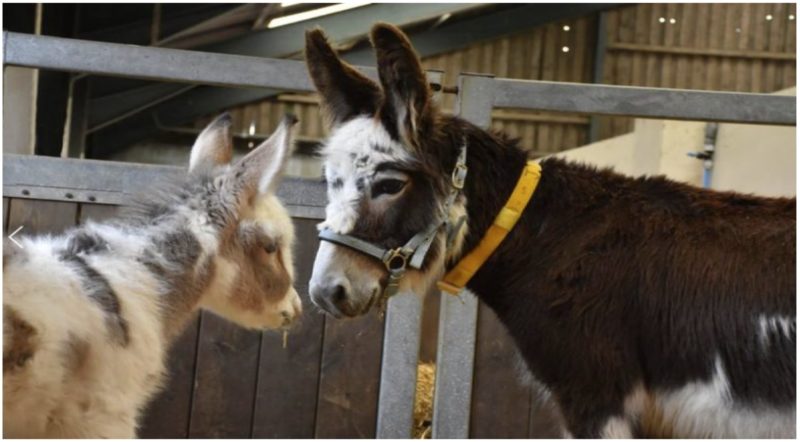 Currently, the baby refused from his biological mother is already two years old. He feels happy on the farm, with his mother and among his new friends.