In human life, children love their moms, but are also very proud of their dads!

There are several stories of maternal love among animals. Usually, females take care of their babies very carefully and they can risk their lives for their young.

The most important creatures in their lives are their children.

But there are cases where animal fathers too are full of care and parents who also have an important role in raising their babies.

And there you have it, a father swan who replaced his female after her death.

Everyone has heard of the devotion of pairs of swans who are faithful until the end of their lives.

When the mother swan unfortunately died, leaving her babies very small, the father swan took care of the babies. 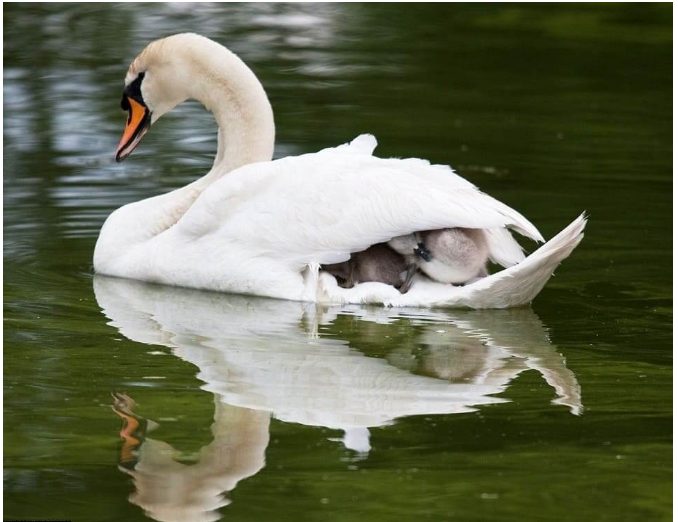 He raised and cared for them very carefully and with great love.

And it should be noted the most important thing, that the father swan gently carried his six children on his back, in his plumage, when he swam on the lake.

At the beginning, when the misfortune happened, it was a bit difficult for the male to take care of his babies like a mother.

But over time, he got used to his non-ordinary state.

The people who took these photos were very surprised to see such a caring and loving father bird.