Bandit is a disabled dog in a wheelchair who lives in Georgia, USA.

He was to spend the rest of his life under the protection of the Gwinnett Jail Dogs program. The dog was adopted and returned four times.

He is a very friendly and lovable pet, but since he was in a wheelchair, people could not take care of him and care for him properly.

And Bandit was fired and returned to the shelter each time. The staff of this program wanted the cute dog to find his eternal family to finally live there happily.

It already seemed like a loving family would never be presented who could give him the care such a dog needed.

Husband and wife Darrell and Sue Rider read a Facebook post that the dog Bandit was looking for a caring family.

Learning about the dog’s story, the couple decided to adopt him without fear of difficulties, since Darell himself was in a wheelchair. 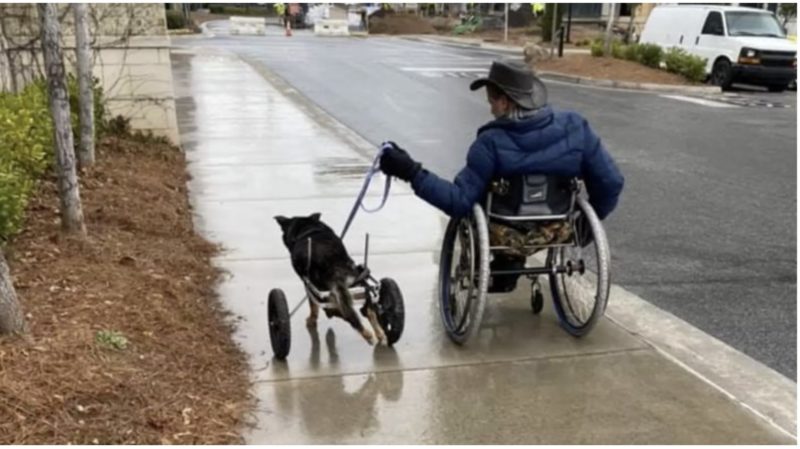 “The important thing is that Bandit and I have the same type of paralysis and we’re both in wheelchairs,” Darrell Rider, Bandit’s adoptive father, told The Dodo.

“My wife and I know what it’s like to live in a wheelchair, we know Bandit’s needs. We also discovered a much stronger bond between us.

After considering what it would mean to adopt Bandit, the couple contacted the Gwinnett Jail Dogs program. They learned everything there was to know about caring for the new furry friend. 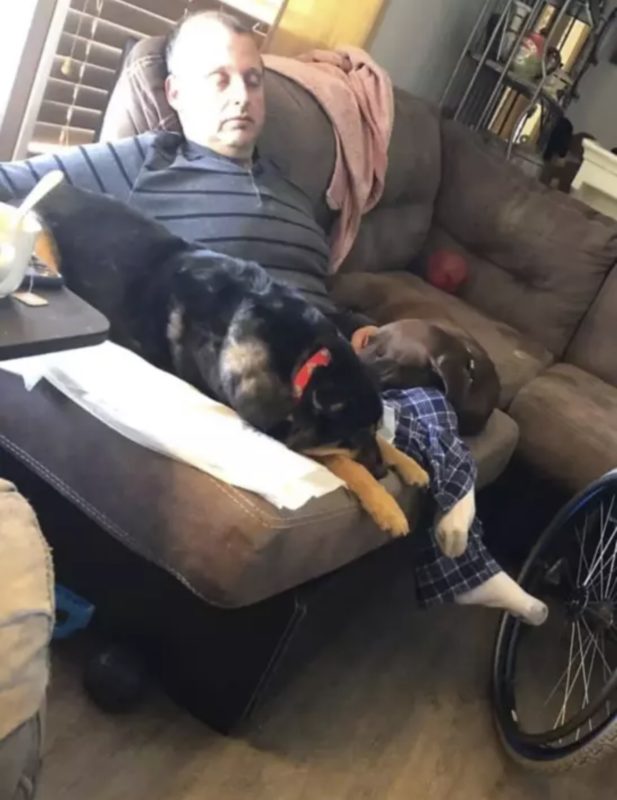 A whole month, both sides reflected on this decision to make the right solution final. And finally, the spouses went to meet the doggie for the first time.

Gwinnett Jail Dogs program volunteer Lori Cronin told The Dodo: “Darrell said Bandit was a lot like him and the couple wanted to give him a life full of care and happiness.”