Siberian tigers that live in nature reserves are endangered. And great attention must be paid to the protection of these rare animals.

In one of the zoological reserves live two Siberian tigers. One is two years old and the other is only four months old.

The reserve was opened with the aim of saving a small population of endangered tigers.

It’s an incredible story of friendship that has been linked for the past two years between two Siberian tigers and three German shepherds.

Tigers were born in this wildlife sanctuary and grew up alongside these dogs. German Shepherds are intelligent and obedient animals. 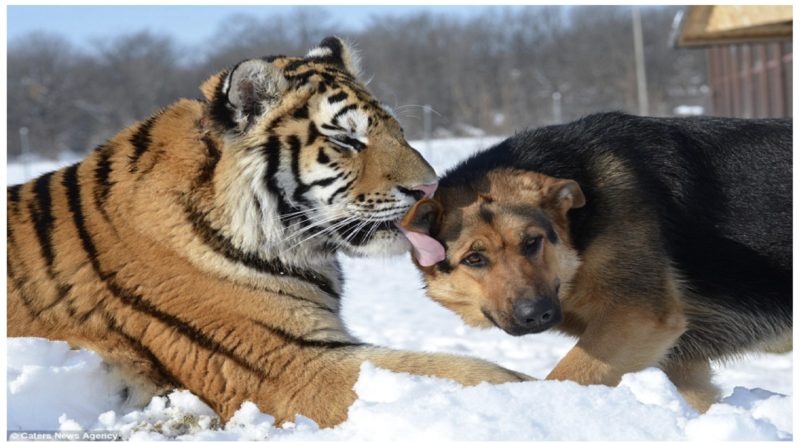 Despite the supposed antipathy between cats and dogs and also domestic and wild animals, these tigers and dogs love to live in groups and have been almost inseparable since birth.

Dogs and tigers like to play together and often engage in fighting games, but never cause damage to each other. They run and jump all day with enthusiasm. 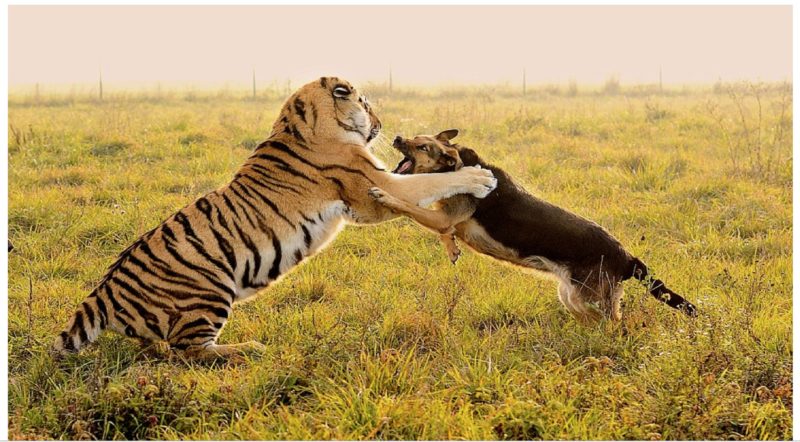 They love these animals and dedicate their lives to this pleasant and at the same time difficult and important work for the protection of wildlife.

It is also a great pleasure and a nice spectacle for visitors to the reserve. 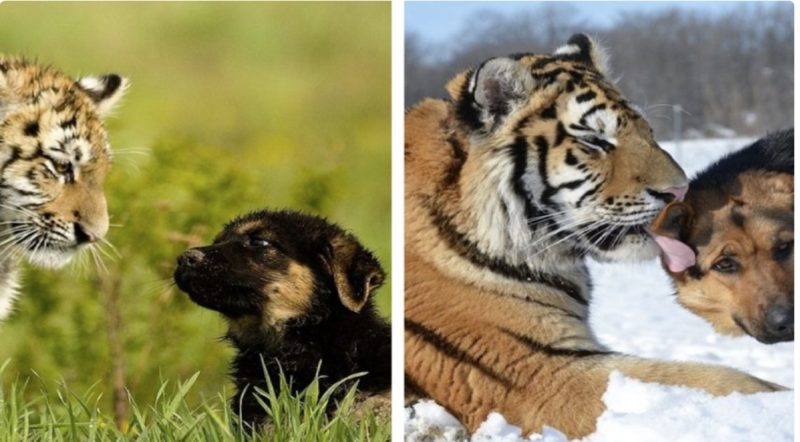 This is one of the great projects to help the Siberian tigers which are threatened and are on the way to extinction.