A tiny little kitten was crying on the street and waiting for people’s help. He was only a few weeks old. The little mimi was an orphan and wandered the streets without his family. The baby had pain in his hind legs and barely moved them. It was raining and the cat was cold. He was meowing in a pitiful voice.

People called for rescuers. A man arrived and took him to an animal shelter.

We sheltered him and treated him carefully. It was a female. We gave her a pretty name, Rosalie. But the little one had caught a cold. She was sick and very weak. The staff took pity on the baby. Due to her illness, the kitten could not move her hind legs. We took him to the vet who gave advice to the shelter worker.

Rosalie was a lively and very curious cat and despite the difficulties, she was fighting for her life. 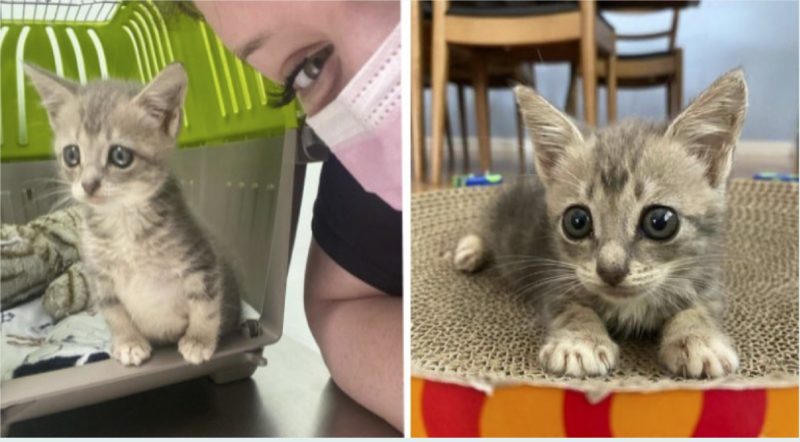 Fortunately, there was a visitor who adopted the little cat. He took her to the animal surgeon and the latter decided to operate on her deformed legs.

Every day the baby made small progress and the condition of his legs improved. Eventually, the kitten recovered. It was a pleasure for his owner to see his happy and healed pet. 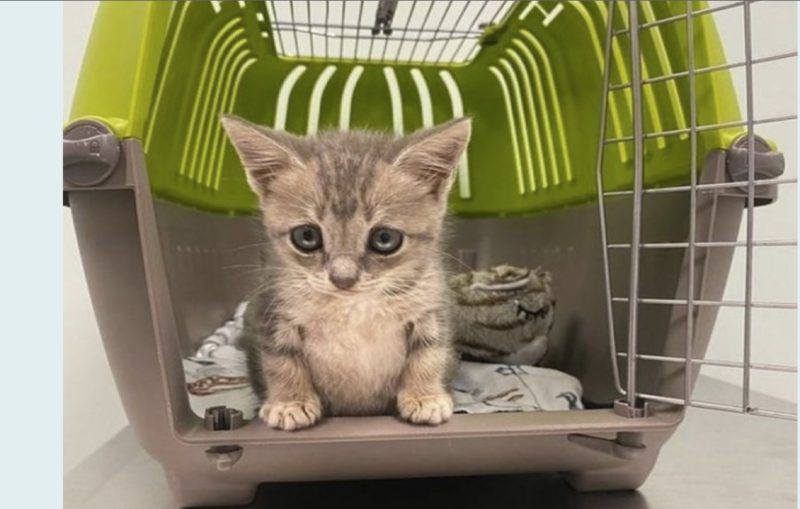 Today Rosalie is a very happy cat. She is already three years old and loves playing with the puppy Bobby that her mistress recently adopted.