Dogs are very brave creatures. Sometimes they commit true acts of heroism by coming to the rescue of humans and different animals.

Ralph Dorn is a retired Marine Corps pilot from Virginia.

He has an amazing goldendoodle dog called Harley. One fine day, the man went for a walk by the lake with his much-loved doggie.

Harley was playing by the lake enjoying the beautiful day. But suddenly the furry friend disappeared and Ralph started calling him, but to no avail.

Then the man noticed his pet swimming in the middle of the lake.

But he wasn’t alone, there was a tiny fawn in the water and the caring dog came to the rescue of the baby.

Brave lad Harley started dragging the little deer back to shore. And when he arrived, he helped him to reach the mainland. 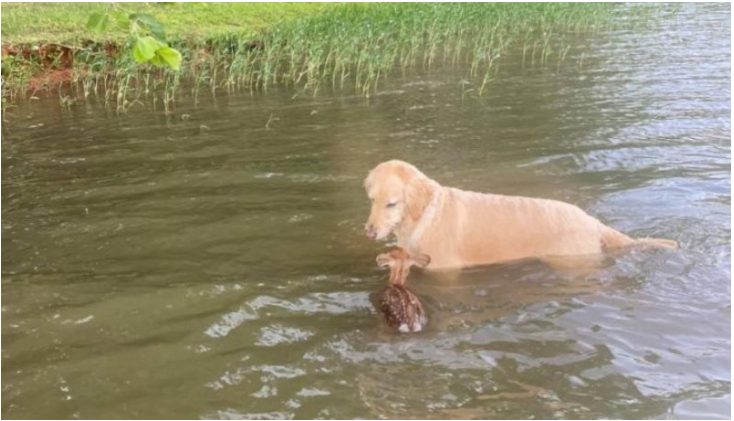 It was here that Ralph Dorn saw the most unimaginable thing.

The dog Harley was cleaning the baby very carefully, cuddling him like his child.

“I don’t know how the fawn appeared in the water, but Harley was not interested in all of this, he just acted without wasting time and luckily succeeded,” Ralph wrote on his Facebook page. 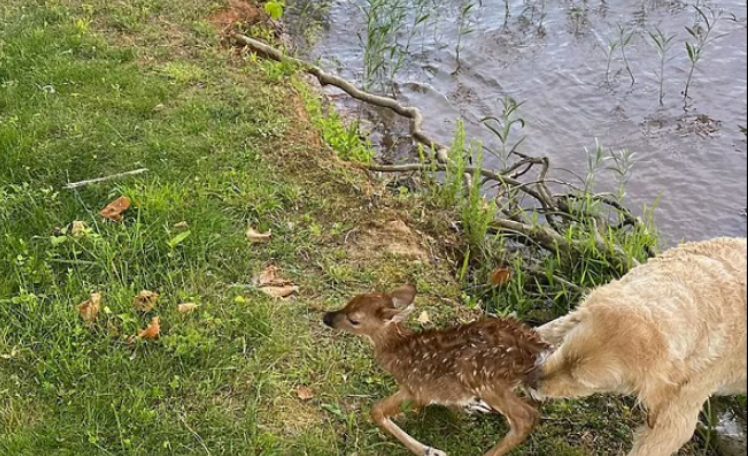 The story of the heroic dog and the cute fawn has gone viral with several people thanking the brave dog Harley in their comments.

The friendship of the dog and the deer continued. Ralph Dorn told followers of his page that these two cute animals have become best friends.