When we talk about polar bears, people only imagine snow and icebergs and don’t think that in summer, in the Arctic, in the coastal areas bloom the wonderful flowers of the north.

And wild bears sometimes love to play in the flowers enjoying the sun.

Canadian photographer Dennis Fast likes to capture sweet moments of these polar bears in Hudson’s Bay in northern Canada, and he’s taken a whole series of photos where the bears are frolicking in a field of willowherb.

Dennis has a great passion for polar bears.

He explains that his attraction is not only that his camera prefers their color. He is also interested in their behavior. 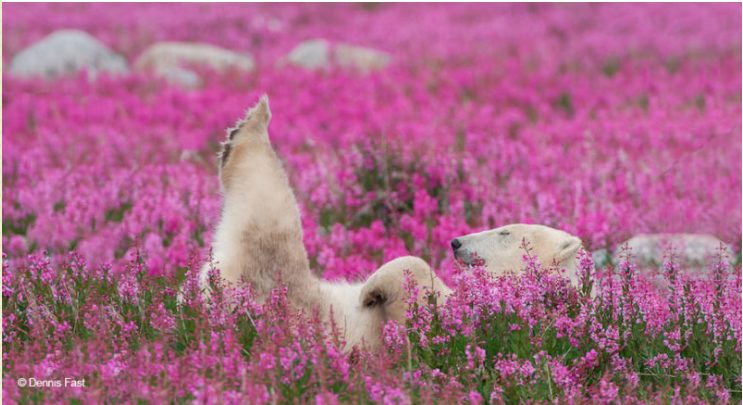 “It seems to me that they have no worries in the world, and they are not afraid of anything.

It is not pride, exactly, but a majestic serenity that is respected in humans and why not in the polar bear?

These magnificent creatures of the Far North, the polar bears, always show up in the glaciers and one can think that the Arctic does not have only winter”, explains Dennis Fast. 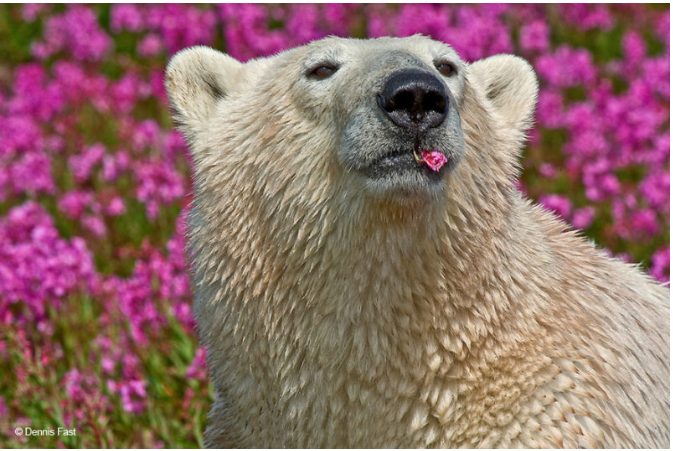 “I saw a giant bear who held blades of grass in his big paws and chewed them for a long time as if to savor their taste and appreciate their structure.

And once, I laughed a lot while watching the polar bear pick a willowherb and roll its stem between its teeth!”, says photographer Dennis Fast.