Like all dogs, Nikolai also likes to walk. But during his walks, this cute pooch loves to carry different objects, be it packages or toys!

Nikolai’s walks have become famous on TikTok because of an amazing passion.

The puppy, walking through the streets, holds in his mouth a package full of slices of bread or an empty box of Cheerios which attracts the attention of passers-by and who look at him with an admirable smile.

Videos of the adorable pup have gone viral. 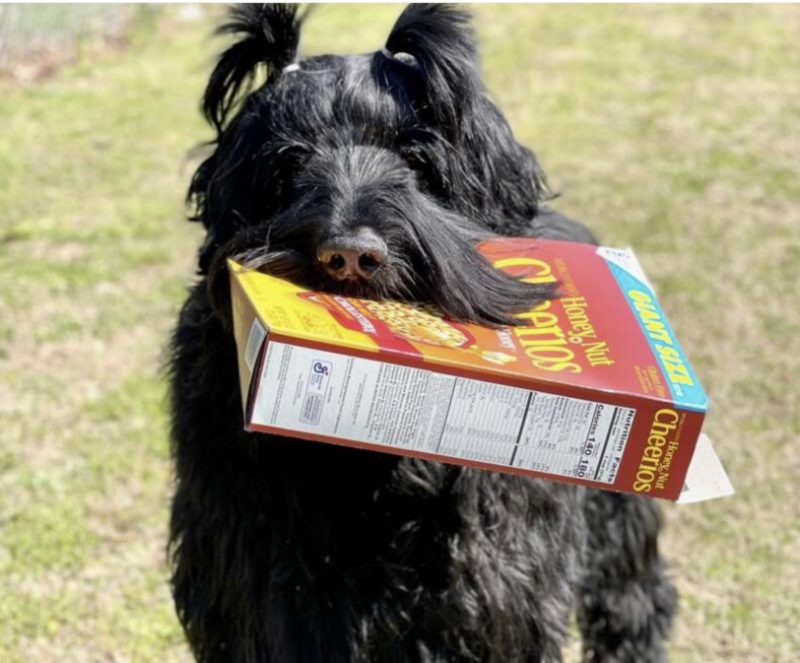 And each time, the dog with the black fur walks by gripping between his teeth various objects which he never lets fall during all his way.

“Each time he chooses a friend for his walk.

One day he took my backpack, another day an empty box he took from the side of the trash can when we left the house,” owner Allie Rudman told The Dodo. 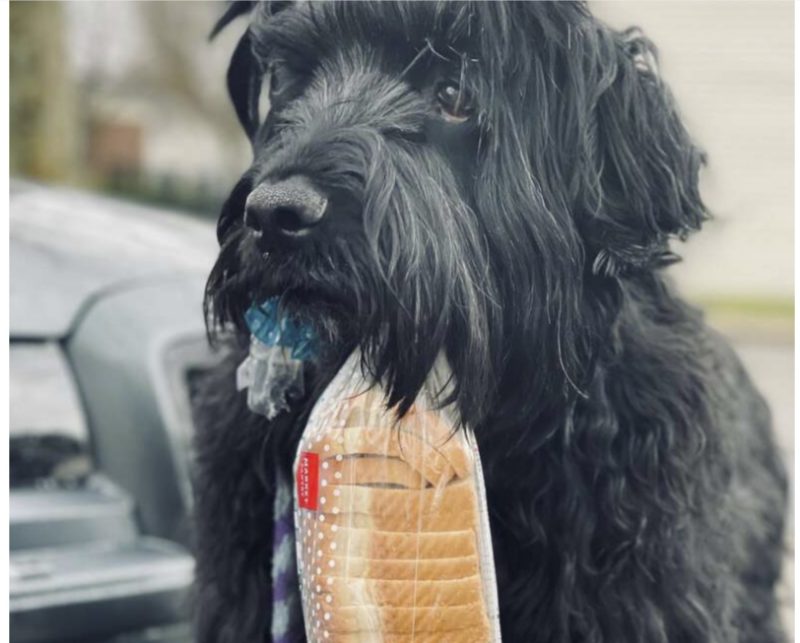 The charming pooch adopted this bizarre habit when he was almost 10 weeks old.

“When we went out, at first, he would bring me my things, say, my car keys or my socks.

Then, he developed his ability by carrying packages, stuffed animals, boxes and any object, ”explains his adoptive mother to the Dodo. 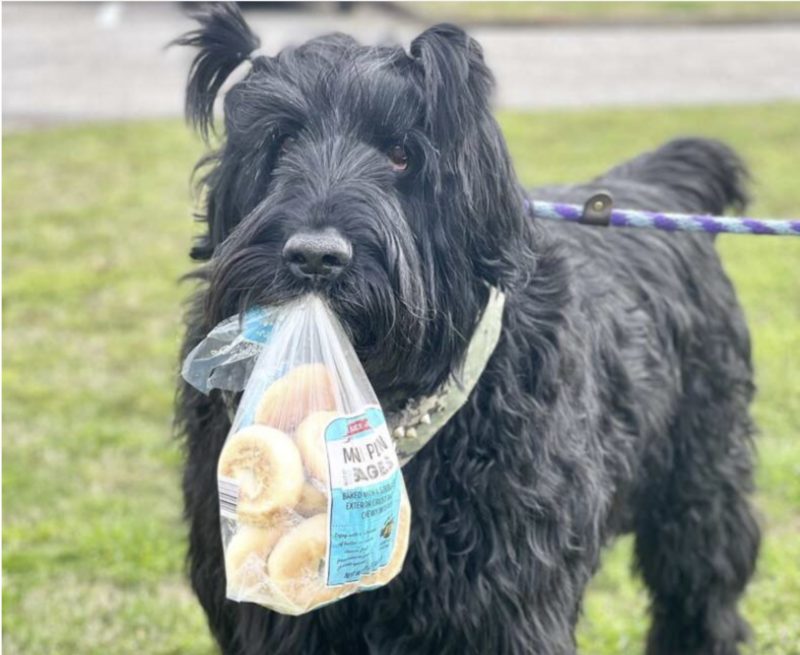 Allie Rudman says that when she asks if he wants to go for a walk, then Nikolai runs into the kitchen without wasting time and comes back,

holding something in its mouth. According to his mistress, with these objects, he feels safe.