He is a Thai Furball cat and his name is Cat. This fluffy miracle, with a mustache, has an exceptional face, rather it has two faces. Its charming face is of two colors.

It may be the result of a genetic abnormality, called chimerism. This phenomenon is very rare in nature. This means that the embryo has cells of different genotypes.

Currently, the cute creature is three years old, he was born in 2018.

His mistress Eve explained to Bored Panda that the cat is a mixture of Persian and Scottish.

“But the most interesting thing is his special face which is split into two parts, one is gray and the other is white.

And he looks a lot like Harvey Dent from Batman,” Eve added with a laugh. 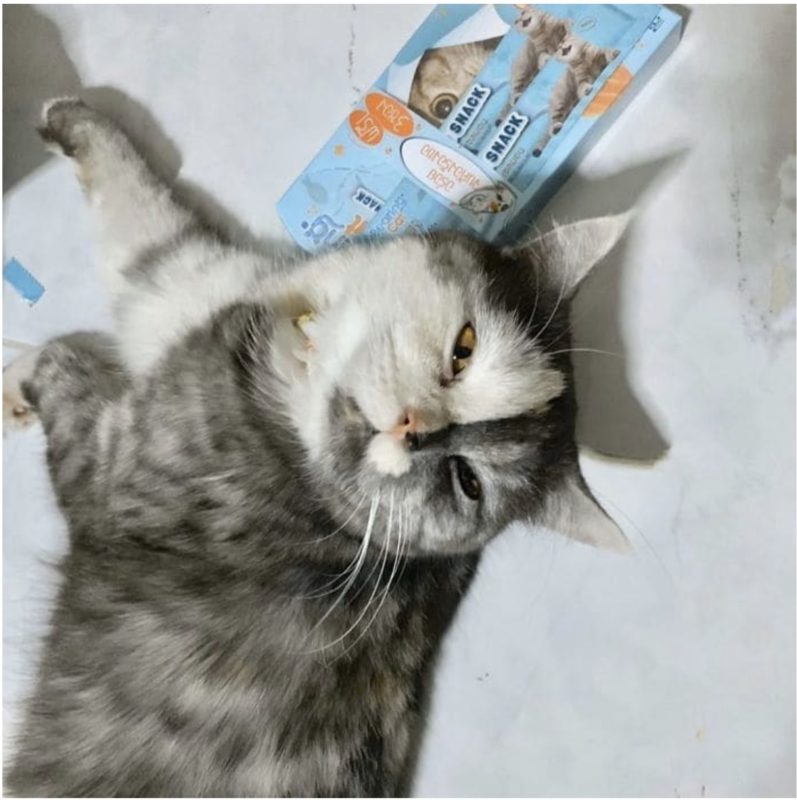 The cat called Cat has two amazing habits. He likes to catch bugs and play with toilet paper.

And for that, its owner always hides the paper, since it panics him.

According to Eve, if her admirable kitten can talk, he’ll obviously say, “The five letters, if you love me, then let me play with toilet paper!” » Come and admire the adorable Thai Furball cat who melts everyone’s heart with his unusual face, so beautiful and lovely.