This mini Australian Shepherd was adopted by Emily Sebrik. Their first meeting was love at first sight.

We called him Robin, in honor of Robin Hood. On her way home, Emily introduced the pup to her Andalusian horse Teddy and also to the other pets.

The woman placed little Robin on the horse’s back and the pooch really liked it. It was the beginning of a sweet and fantastic friendship.

Over time, Emily noticed that Robin’s feelings for Teddy grew deeper and deeper.

When he saw his beloved horse, he would wag his tail, each time desiring to ride on his back.

Sometimes these bizarre cavalcades scared people, but for Emily, the behavior of the adorable duo was normal.

The difference in their size did not prevent them from playing together all day. 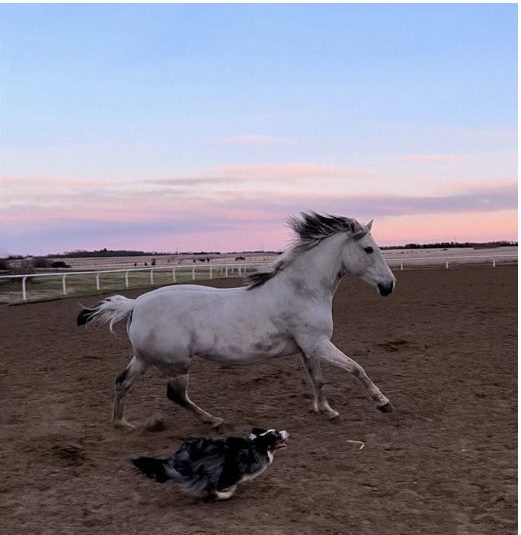 “The thing Robin likes best is riding on the back of his sweet horse Teddy.

Every time when he sees his buddy the horse, he begs me to put him on his back,” Emmy told The Dodo.

Sometimes Robin felt like a real rider while racing.

In those moments, they didn’t want to stop and completely indulged in their favorite game.

“If we don’t catch them, they might not stop for hours,” Emily told The Dodo in her interview. 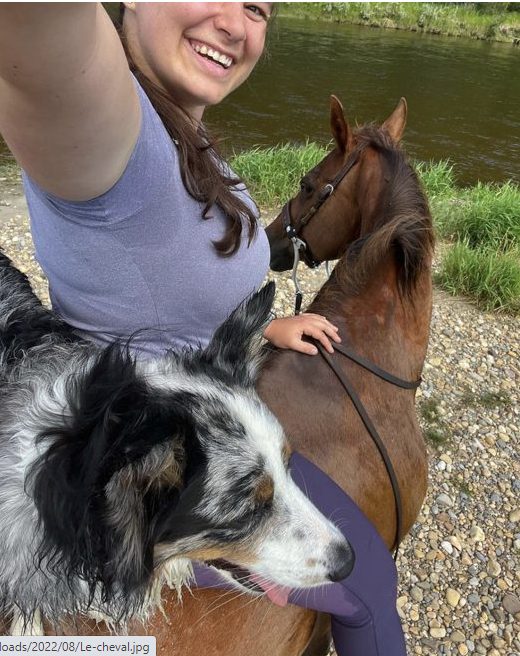 These cuties are also a little mischievous.

A hidden camera revealed that the disappearance of the carrots was the result of the complicity of the two friends.

It is one of the most beautiful friendships between different species, an unlikely, almost mysterious friendship.