This incident took place in the town of Guapiles, Costa Rica. Here’s how a devoted dog was able to save its owner.

Milagro Muñoz Araya and her husband were traveling by car, on a busy road, when they saw a beautiful dog in the middle of the road trying to stop traffic by barking at cars.

The couple realized that something was wrong. So they stopped the car and approached the dog who probably

was asking for help. They followed the doggie who led them to its owner. 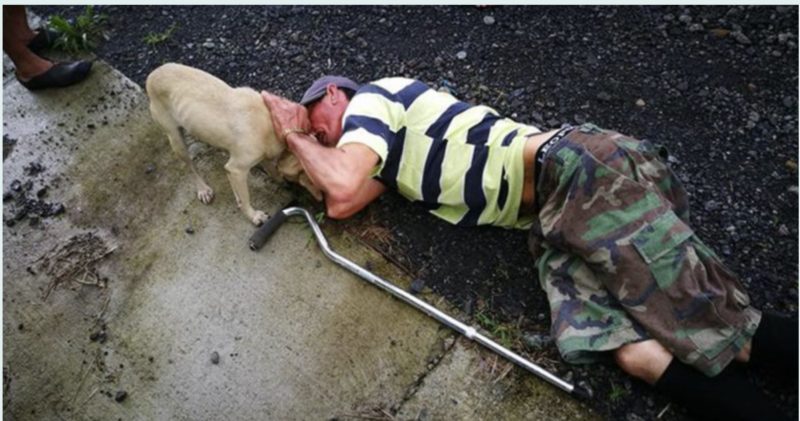 The man was lying on the ground. He was in a bad state and had lost consciousness. The couple called an ambulance which arrived quickly and took the stranger to hospital.

The brave dog was called Chiquita. And in the ambulance, too, he did not want to leave his owner and lay down on his chest.

But the ambulance staff were not allowed to bring a dog, and Chiquita stayed on the street. 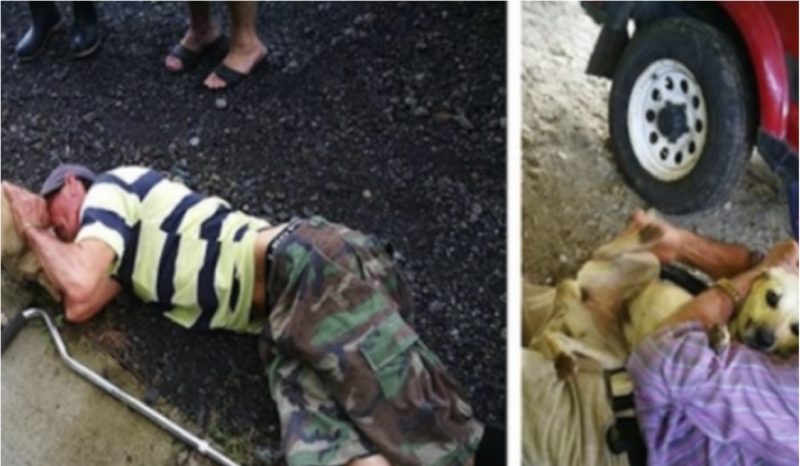 Milagro and her husband spotted the man named Jorge and his dog Chiquita living in the back of a van.

The next day, the sweet couple visited Jorge to find out how he was doing.

Then they took Chiquita to the vet clinic to be checked and treated since the cute animal was living on the streets.

The dog was going to stay for a while in this clinic, because Milagro was working there.

Milagro promised to improve the quality of their lives so that Jorge and his dog no longer sleep in the van and have good living conditions.