The incredible story of Masha, a homeless cat, has gone viral on the internet.

The long-haired, fluffy cat found a baby near the entrance to a building in a cardboard box.

The infant was a 12-week-old boy, thrown out so cruelly.

The incident occurred in the city of Obninsk, in the Kaluga region of Russia, where the winter is very freezing.

“She climbed into the box and warmed the baby for several hours with her body,” local TV channel Zvezda reported.

Everyone in the neighborhood knows Macha, the stray kitten.
Masha is a friendly kitty and people feed her. 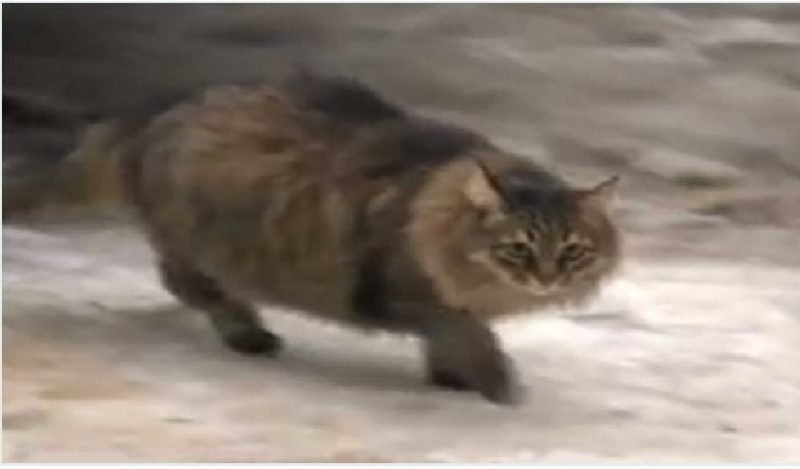 A good caring woman, Nadezhda Makhovikova, lives in the building near which the cardboard box with the baby was installed.

Tonight she heard a child crying and went out to look for the baby.

The kind woman was dumbfounded by the scene she saw: a tiny child in a box and Masha curled up against him.

Nadezhda Makhovikova called the neighbors and the baby was rushed to a local hospital.

The witnesses speak: “When we came out, the cat was meowing as if to call for help.

If the good kitten Masha did not snuggle up to the child, he would surely have died from the freezing cold. »