There are many people who like to swim with dolphins.

These sea creatures are always of interest to good swimmers who want to be with them in the open sea.

A swimmer from Nottingham from the UK who was traveling to New Zealand, decided to dive with dolphins.

Like many swimmers, Adam Walker had this dream for a long time.

Finally, he realized his dream by swimming with these fantastic creatures. And when he was about to complete his 16-mile swim through Cook Strait, he spotted a large shark following him a few feet below him.

Adam Walker understood that he had to keep his cool.

Suddenly he noticed that the dolphins formed a circle around him. The man thought that these sea miracles wanted to protect him from the attacks of the sea monster.

“I understood that they came to my rescue and surrounded me with a potential attack. I will never forget that swim,” Adam told the Marlborough Express.

Usually, dolphins resist the attacks of this aggressor by grouping together.

They attack the predator and drive it away.

Actually, it wasn’t clear if the dolphins tried to rescue Adam, but they sure scared the shark away. 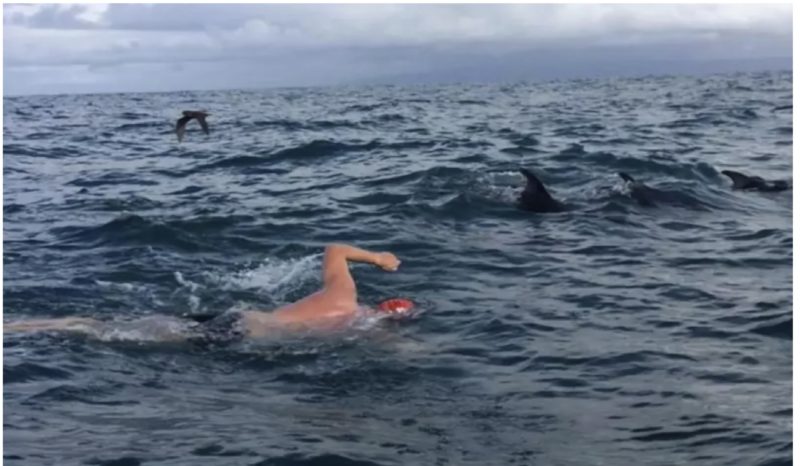 “I can’t be sure the dolphins came to my aid, but I can say the shark got scared and ran away.

And the good creatures stayed with me for another 50 minutes, which was really fantastic,” Adam told The Sun.