Gemma Holdway, a 19-year-old girl, lives with her family on a farm in Bath, Somerset, England.

It was in 2018 that his father discovered five two-day-old foxes in the hay. First he thought they were kittens.

Then, seeing his tails, he realized they were foxes. He knew the cubs would die if their mother did not return.

So the father took the babies to the vet so that the cubs were finally released into the wild.

But Gemma, an animal science and management student, wanted to adopt one of the babies.

She named him Vixey, and raised him next to her four dogs. She said that Vixey was a dog at heart. 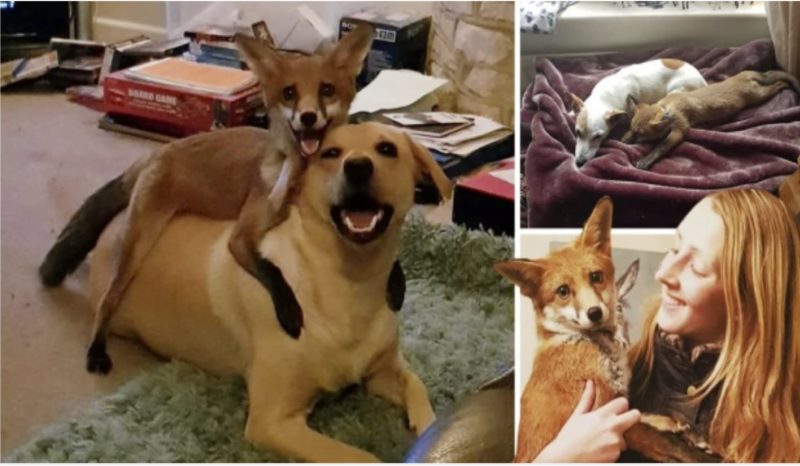 “I fully understand that he is still a wild animal and that he is very independent, but living among men and dogs, he has been domesticated.

We have acres of land that he can roam, so he has a nice life full of freedom,” Gemme says on her Facebook page. 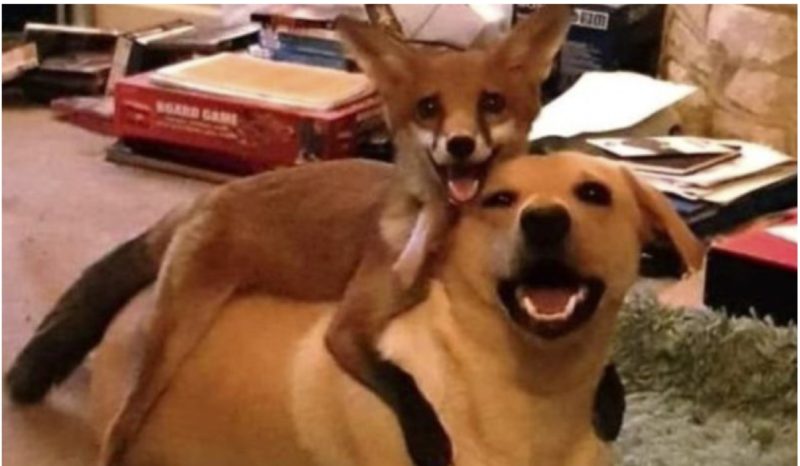 Gemma noted, “We tried to give him meat, but he didn’t like it.

She wears a collar and a bell, which suits her, because she is so fast that it helps us know where she is. »

Gemma tries to get Vixey used to a leash, hoping to one day take him for a walk with Luna, Raisin, Nidge, and Polar Bear.