The Siberian or Amur tiger species is critically endangered in the wild and is in danger of extinction.

According to experts, there are almost 500 animals in their natural habitat in eastern Russia.

Usually wild animals avoid human presence, but a Siberian tiger traveled to the village of Solontsovy which is in the Khabarovsk region of Russia.

The predator approached the door of Alexey Khaideyev.
His neighbor Galina Tsimarno recounts how the incident happened: “They live near the forest and the river.

In the morning, when Alexei wanted to enter the courtyard, he noticed the unexpected visitor.

So he went home and contacted the emergency services.”

The feline always remained in front of the door without moving until help arrived. The animal was taken to the Primorsky region, to an animal rehabilitation center in the village of Alekseevka.

Here he was examined by vets and the ten-year-old big cat was found to be a female with serious teeth and gum problems. 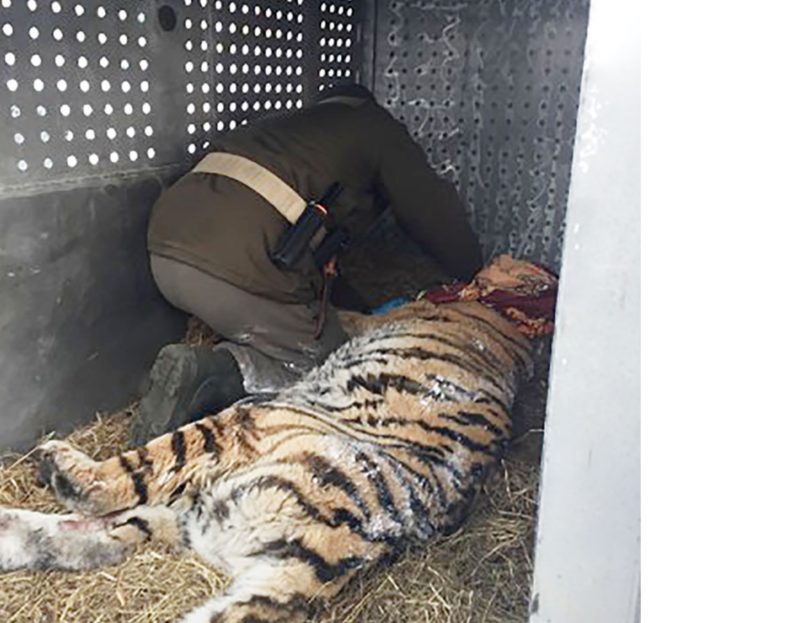 “The animal was extremely exhausted, but he was certainly not injured,” commented Sergey Armilev, director of the Amur Tiger Center.

The behavior of the tigress was very peaceful, as if waiting to be rescued by humans.

It was obvious that the predator was starving due to the absence of its teeth.
Although the tigress came to ask for help, she did not allow specialists to approach her.

Therefore, the injections were done remotely. 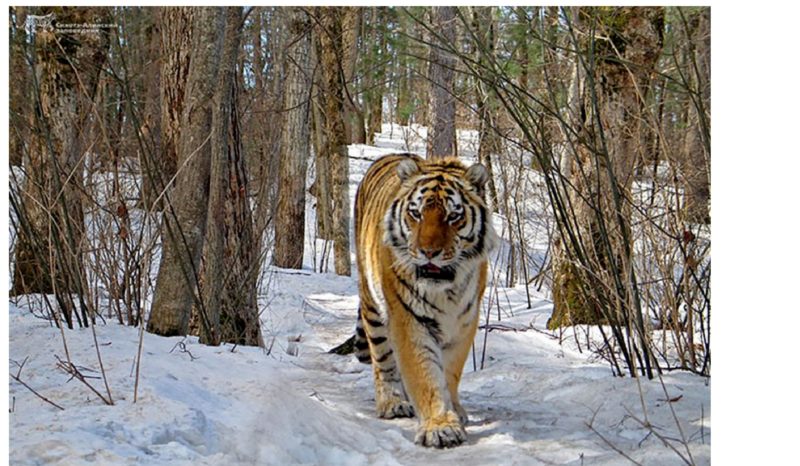 Environmental protection officials said they would do everything possible to help this representative of the endangered species survive.