Before abandoning your animal in a shelter, the staff asks the owner why he no longer wants to take care of his animal.

We hear different answers, but this one, which was given, seems very strange.

This event happened in Georgia, USA. An elderly grandfather with his grandsons took their 11-year-old dog to the vet to euthanize the animal.

They said they didn’t want to deal with him anymore. Looking at the dog’s beautiful innocent eyes, the doctor took pity on him.

He quickly contacted the dog rescue service explaining the situation to them.

So a volunteer named Melissa rushed to the vet clinic to find out what was going on.

Later, Melissa wrote on her Facebook page, “I tried to find out why they wanted to euthanize their dog.

They replied that they have two other dogs, that he pees on the floor and, finally, that they can’t stand him. 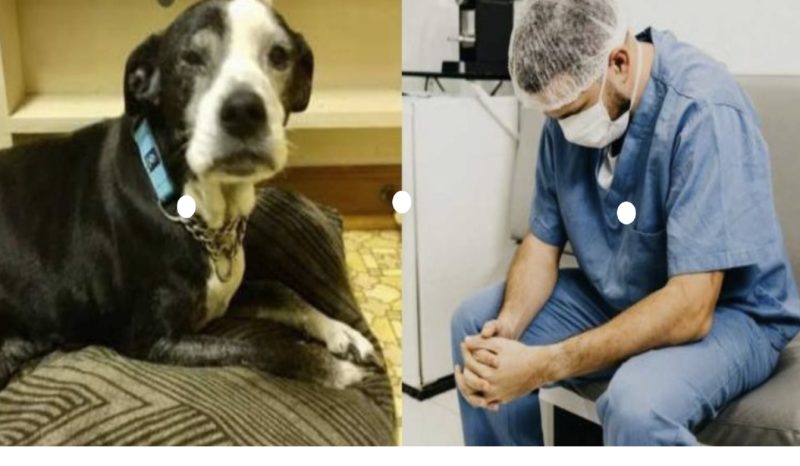 Melissa was stunned by their cruelly uttered response. Then, she learned that the dog had another owner who was deceased.

The woman couldn’t hold back her tears and she decided to save the cute pooch. The adorable creature was dirty and had some minor health issues.

Currently, the dog, named Holly, is taken in by Old Dog Home Rescue where he leads a happy canine life surrounded by care and affection.

And Mélissa promised him that she would never leave him.