The financial crisis in Greece has complicated the situation for dog owners. Many of them got rid of their dogs by abandoning them in the street or in nature.

This dreadful state of the animals deeply grieved a kind man named Theoklitos Proestakis whom friends simply call Takis. He lives on the Greek island of Crete in the town of Lerapetra.

Takis was a fairly successful dentist, but he dedicated his career to abandoned dogs.

When he saw several abandoned, sick, injured and starving dogs wandering the streets with no hope of living, he decided to treat them. And even some friends helped him.

But rescuing the dogs from the streets was a tough business and the man decided to get some land so he could better care for the dogs in need. 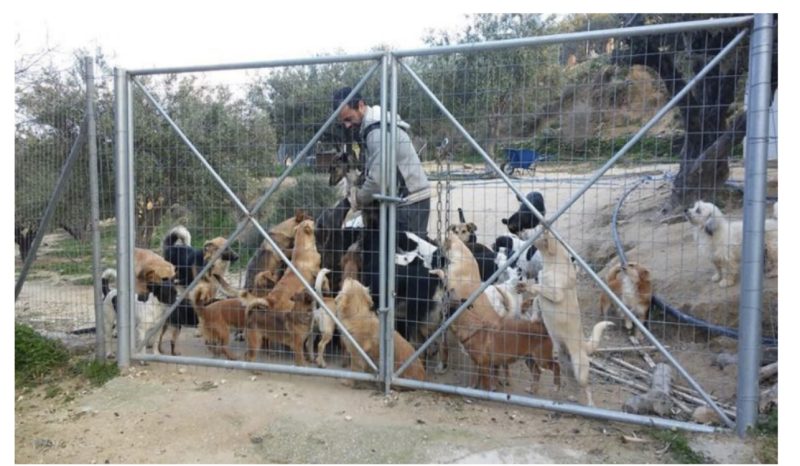 And he worked out a plan whose goal was to create a dog sanctuary where the animals could be rescued, cared for, fed and finally, played freely.

The shelter called Takis Shelter has been realizing Takis’ ideas for four years. This land consists of 30,000 square meters.

But it was not easy to organize all this work, it took immense efforts and financial resources.

To cover the costs of the shelter, Takis had to sell his car and his house and currently he lives at the shelter, sharing his life with his four-legged friends.

People have heard of the dentist who gave up his career to support dogs and many people are helping him with donations and many dogs and cats are now sheltered in his facility.