To escape the terrible war in Ukraine, several inhabitants left the country. But many old and sick people were not evacuated and remained in their native homes.

And these people are risking their lives to rescue abandoned and homeless animals. These courageous acts are like unarmed battles. This affection for animals knows no bounds and they never hesitate to help them.

They hang around every day in the neighborhoods of bombarded towns and villages to recover several stray dogs and cats. They welcome, feed and care for them.

Despite their material poverty, its brave people shelter hundreds of pets in their modest apartments.

These individuals are known as “Animal Guardians”.
For animal rescue and for their courage and dedication, Network For Animals, an animal rights organization, has given them a helping hand.
After contacting Animal Guardian member Anzhela Sheveleva, Network For Animals came up with a plan, with the goal of saving, supporting and feeding the animals.

They were surprised by the bravery of these elderly people who are members of the “Animal Guardians” project.

In one of its Facebook posts, Network For Animals said: “Most of these volunteers are retired, there are even

some 80 years old. Among them, there are several handicapped and sick people”. 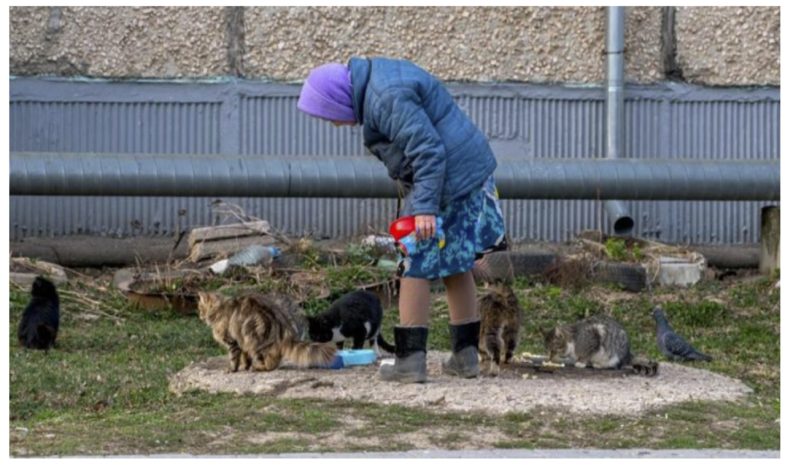 It’s amazing that each of them is home to over 100 rescued dogs and cats that were abandoned or strays and have now found homes.