This nice old woman is called Blanche. She is 95 years old and lives alone in her Las Vegas home.

Blanche has noticed that lately a skinny gray cat has come into her yard. She understood that the animal was hungry and looking for food.

The elderly lady began to feed him more and more often. She left water and food in her yard. Then, the woman noticed that it was a pregnant cat.

Unfortunately, at that time, the shelters were overwhelmed. But Blanche was never going to allow the cat to give birth outside.

Blanche named it Aberdeen. Aberdeen gave birth to four cute kittens. The woman did all she could to help the mother and her babies.

But she was old and couldn’t manage on her own, and her daughter came to her aid. 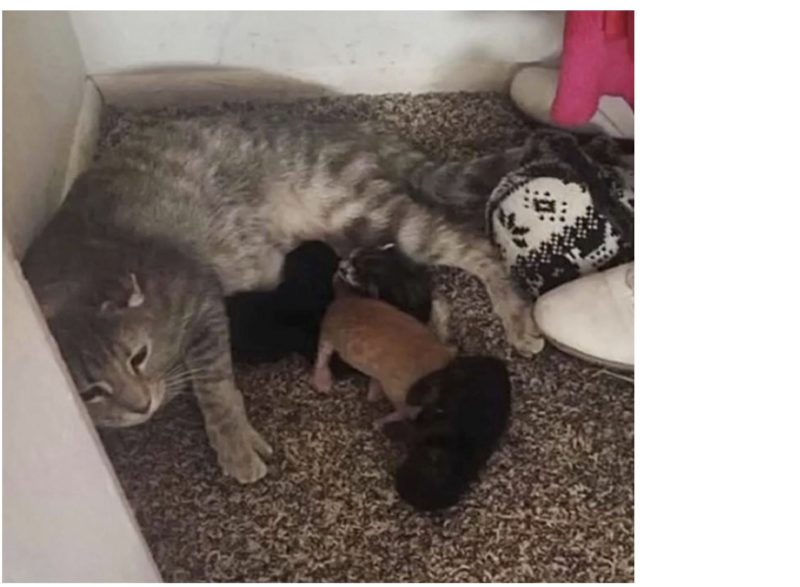 Then the other families also helped out by taking turns taking care of the kittens.

Neighbors once again contacted a shelter, and luckily the Veterinary Association for Abandoned Pets was able to take in Aberdeen with her young. 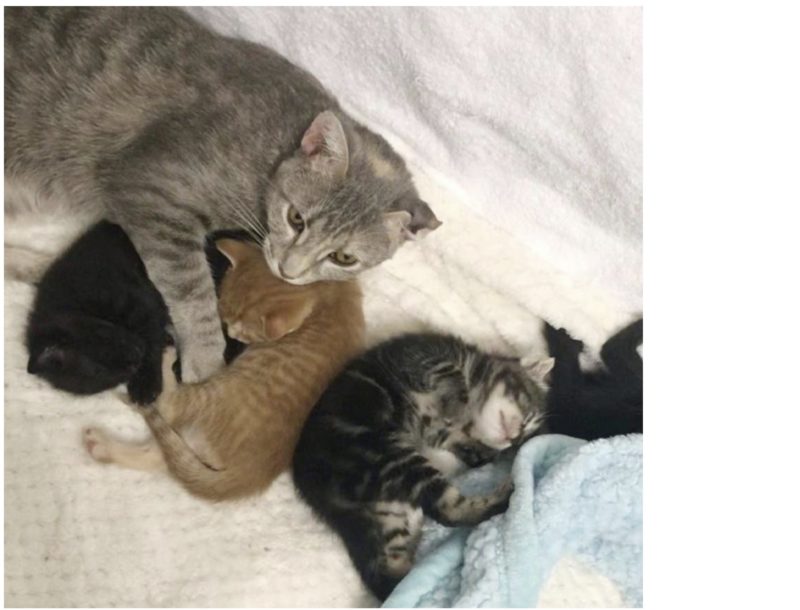 The felines were in good hands, they were well cared for by a volunteer, named Ellen Richter.

When the kittens grew up, the shelter began looking for adoptive families by posting on social media.

The kittens quickly found their welcoming family, as well as their mother. 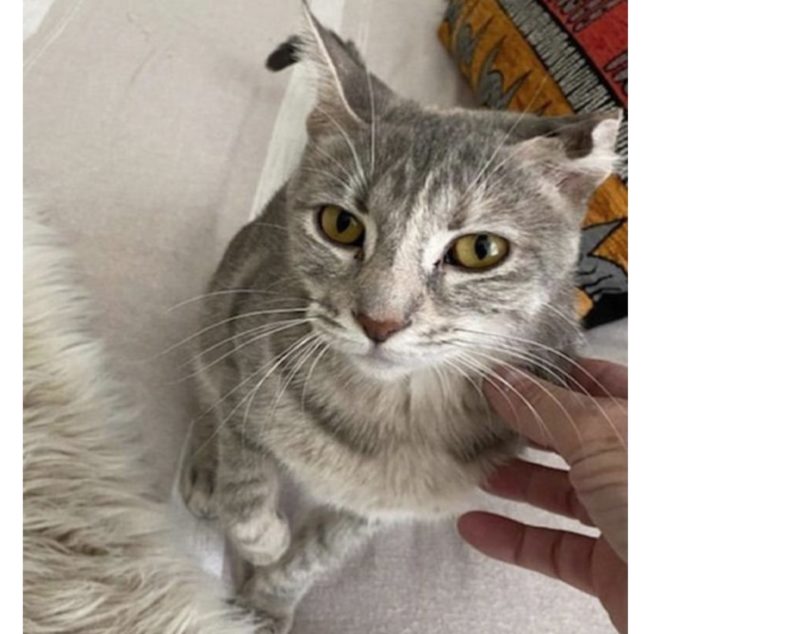 Aberdeen was sterilized by contraceptive means to avoid pregnancies that would be dangerous to her health.