They were walking together in a neighborhood in Toronto when a ferocious coyote attacked them.

The girl started running screaming, but the brave dog did not back down and fought bravely.

The Kwan family rescued this dog six years ago and now the brave boy had multiple injuries defending his friend.

They opened a crowdfunding page to raise funds to pay for vet fees.

“He suffered several serious tears to his legs and spine,” Dorothy Kwan, Lily’s mother, wrote on the specially opened page. 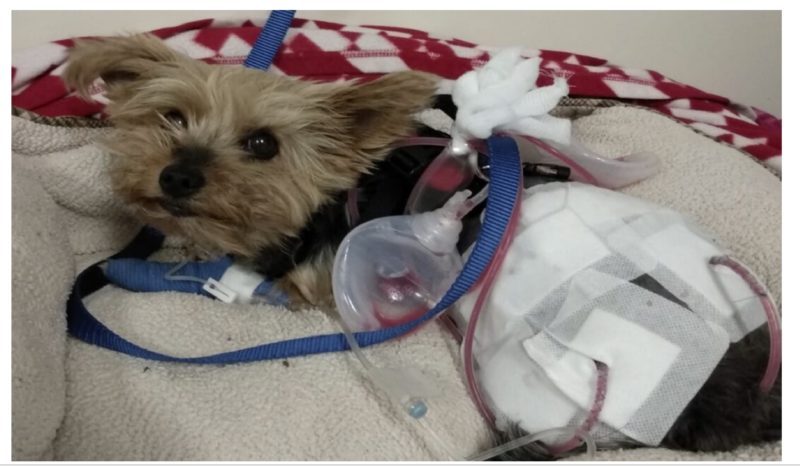 A road camera captured all those scary moments. Even after receiving tears, the pup continued to defend her friend and chase the wild animal.

Yorkie received 40 stitches and the family had to stay up at the clinic for a few nights. After undergoing intensive care, in a few days they returned home.

Dorothy Kwan posted on the page that they are very proud of their furry friend who beat until the end.

“We are very grateful to our brave dog. Incredibly loyal Yorkie, is a true fighter, he is our hero,” Dorothy wrote. 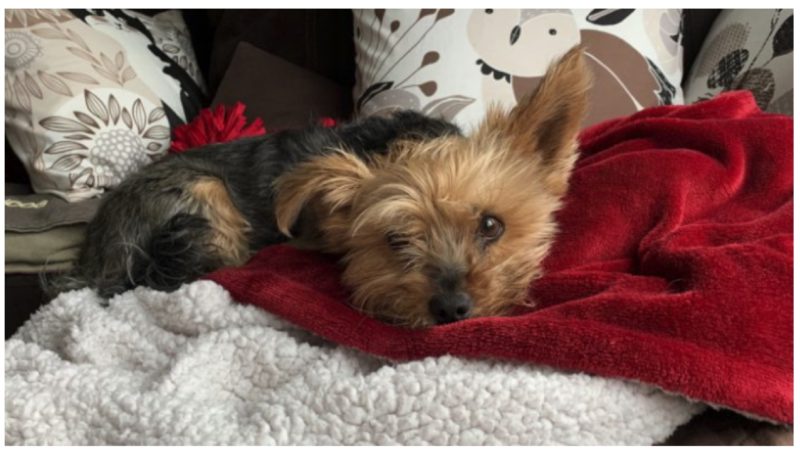 The mother told the Toronto Sun she was disappointed after learning the coyote was wearing a Ministry of Natural Resources collar. She didn’t know who to turn to.

She thought that such a dangerous animal should not roam the streets.