The problem of stray animals is all over the world. Especially, in African and Asian countries, animals live a life of misery. And thanks to people of good will, some of his animals managed to find a welcoming shelter.

In India, in the city of Udaipur, a good dog without a family wandered the streets looking for food to be able to breastfeed his baby.

When a good passer-by saw the very thin dog with a small puppy, rummaging through a trash can, he took pity on this nursing mother and called an animal rescue organization.

The other passers-by helped him to make contact as soon as possible.

When the rescuers arrived, they fed the dog to gain her trust.

Despite her unbearable life, the kind dog is very sociable and she allowed us to pet her. She led the rescuers to her baby who was a little far from her. 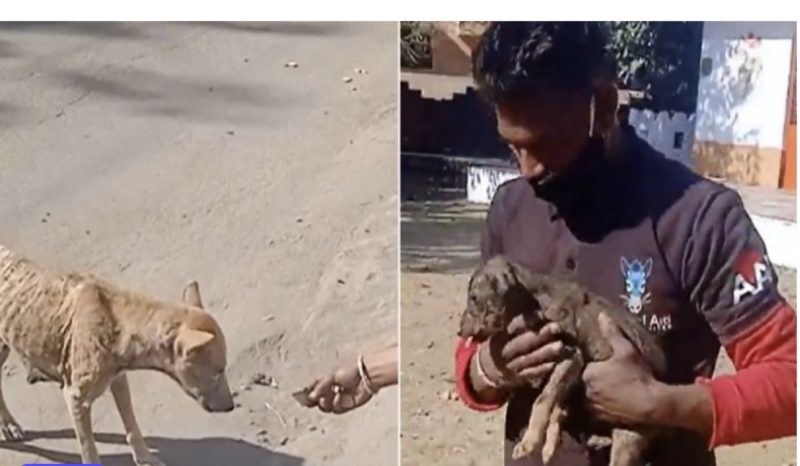 The dog was overwhelmed, hungry and dehydrated. She hadn’t eaten or drunk for a long time.

Rescuers took the dog and her pup to an animal shelter where she and her baby would be treated.

The vet said the mother’s condition was much more serious and she had little chance of surviving. The animal was hairless and had only skin and bones. 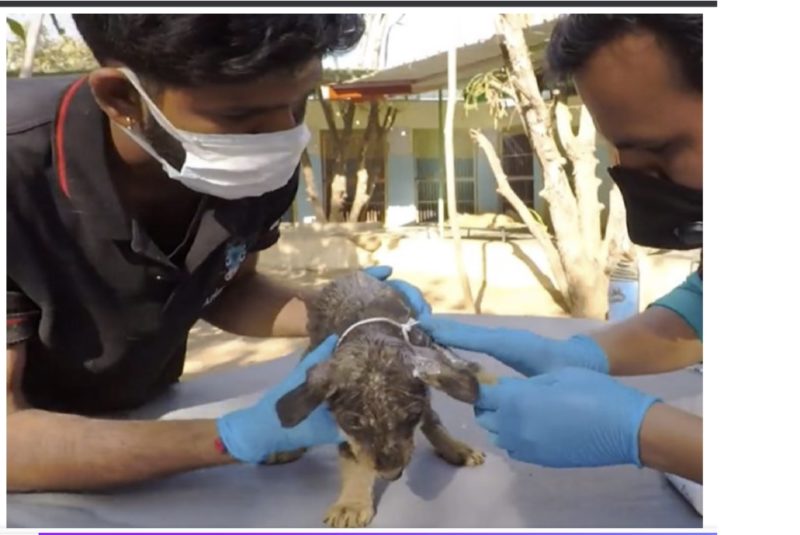 But thanks to the hard work of vets and volunteers, soon after, the mother dog began to slowly recover.

She was already eating and the skin disease was also receding.

After their rehabilitation, the mom and her pup gained weight and looked good. 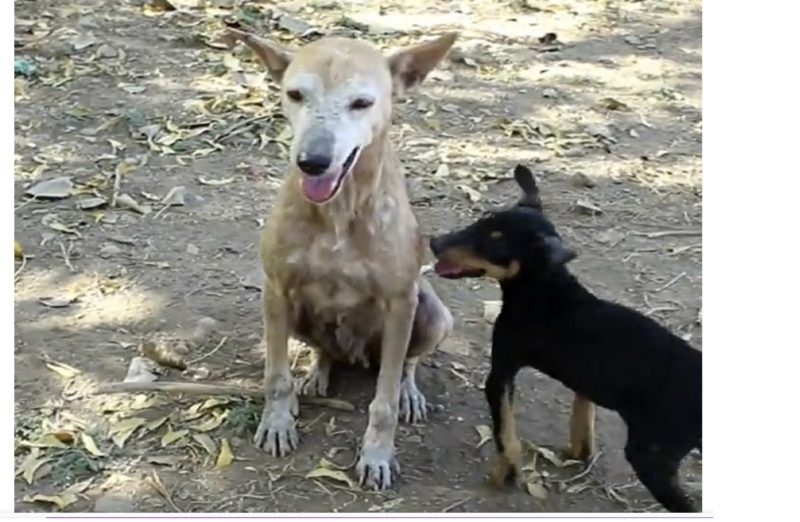 The dog was very grateful for her little one and for herself. They were in good hands and surrounded by caring people.