Nature sometimes surprises us with its anomalies. Unexpected things happen that surprise people.

The beloved dog of a farmer in Italy, Christian Mallocci gave birth to five admirable puppies, one of which had a greenish coat. The farmer had never seen such a thing and he was amazed.

The baby was named Pistachio because of his light green colored fur, since pistachio is a color that has a light green undertone. The other four puppies had an ordinary color like their mother. They were cream colored.

It cannot be said that puppies of green color absolutely do not exist in nature.

This can happen due to first bowel movements of newborns and also in the uterus a pigment called biliverdin can be present.

All four puppies were adopted and living in their new welcoming and caring home.

But the singular puppy Pistachio stayed with Christian Mallocci. The unusually colored cutie caught everyone’s attention and he was his adoptive father’s adorable son. 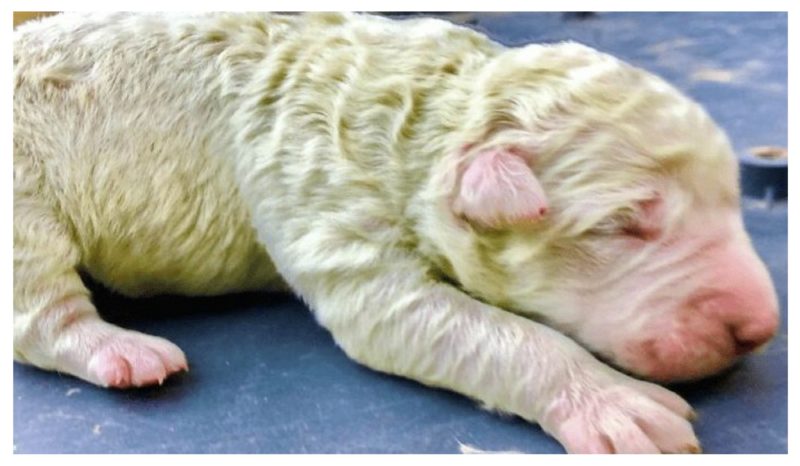 The farmer decided to teach Pistachio to herd sheep with another dog called Spelakia.
When Pistachio started to grow, unfortunately the color of his coat changed.

He became an almost normal colored dog. But his name would remain the same and would always remind his owners that the pup was born an unusual greenish tint.