Almost in every wedding party there are unwanted guests. While Douglas Robert and Tamiris Muzini accepted this unwelcome guest with open arms. They even took him home and he became part of the family.

Tamiris saw the stray dog ​​near the church entrance. Then, the puppy decided to enter the church.

Tamiris was surprised by the presence of the dog.
“I’m so amazed, I said to Douglas, look, that lovely doggy in the church, he’s come to congratulate us! ,” Tamiris told Dodo.

So the dog mingled among the wedding guests and was present at all the ceremonies. The four-legged guest stayed until the end of the party.

But he was not just present, he attended as a true friend to take part in the whole marriage as if to see the union of two loving hearts.

Maybe he got tired and took a rest by falling asleep a little bit at the end of the driveway. 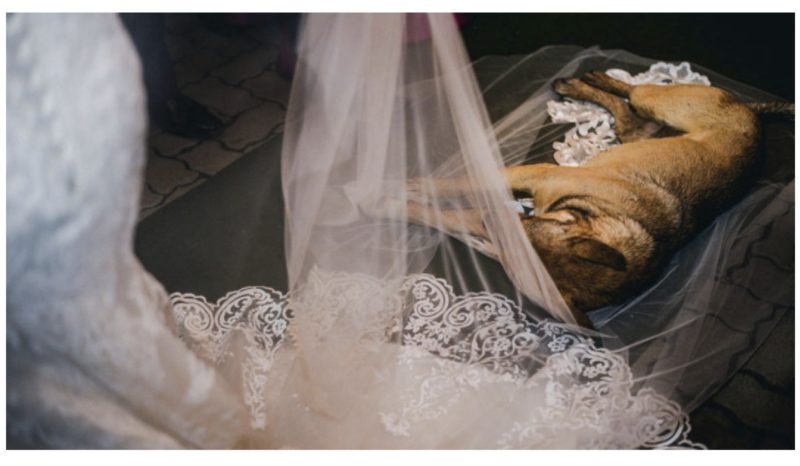 But soon the puppy woke up and again mingled in the ceremony, wagging its tail, happy with everything that was happening.

He amused himself watching the newlyweds with expressive eyes.

And at the end of the wedding, Tamaris understood that the puppy was not a usual guest. 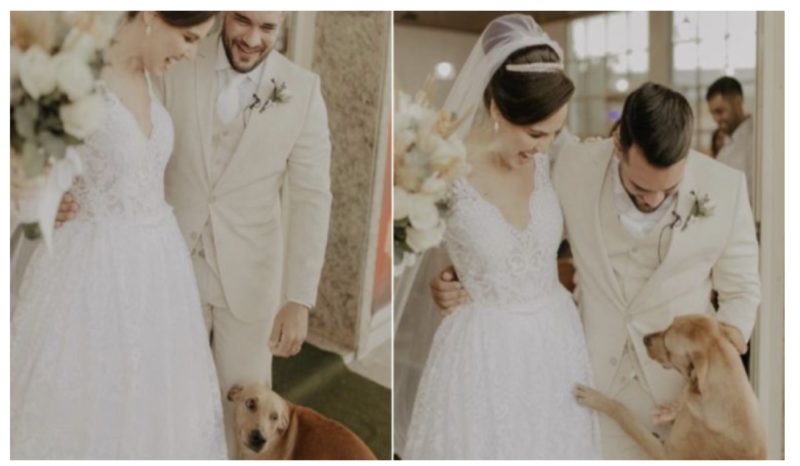 “When, before parting, we approached him to greet him, in the eyes of this miraculous creature, we

read a prayer: he asked us to bring him back with us,” the newlywed told Dodo.