This woman has lived through difficult times and currently, she thanks all those who helped her during this difficult period.

When people learned of her story, they gave her donations so that she could overcome the difficulties.

She was a 57-year-old teacher and in her life she faced many difficulties.

She lost her apartment in France and left the country for Denmark, with her two four-legged friends, two rescue dogs.

Five-year-old Cleo the Labrador and eight-year-old Robbie was an Egyptian pharaoh dog.

But in Denmark, too, she could not find a job and decided to return to the United Kingdom, to her native country.

The woman had to move to a Salvation Army shelter, and the dogs could not stay with him, but in another place. 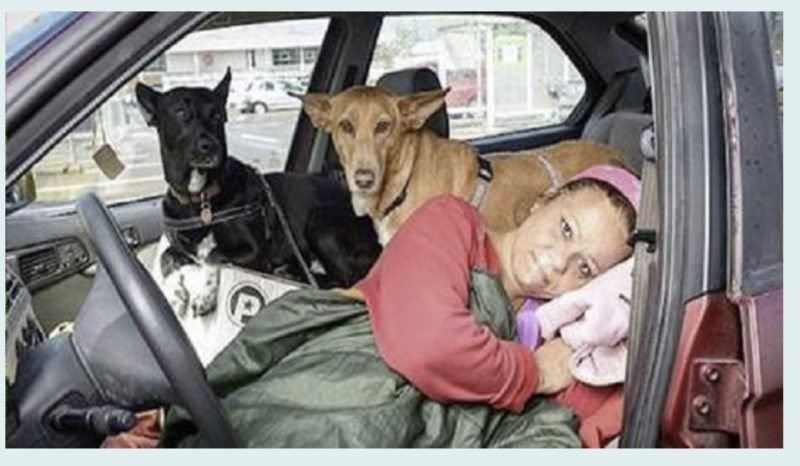 She refused to live there, as she did not want to be separated from her pets and decided to live in her car.

She spent many months in the car, even a harsh winter.

But her suffering ended until one day she was interviewed talking about her lamentable situation. Upon hearing this deplorable story, there were kind people who helped her. 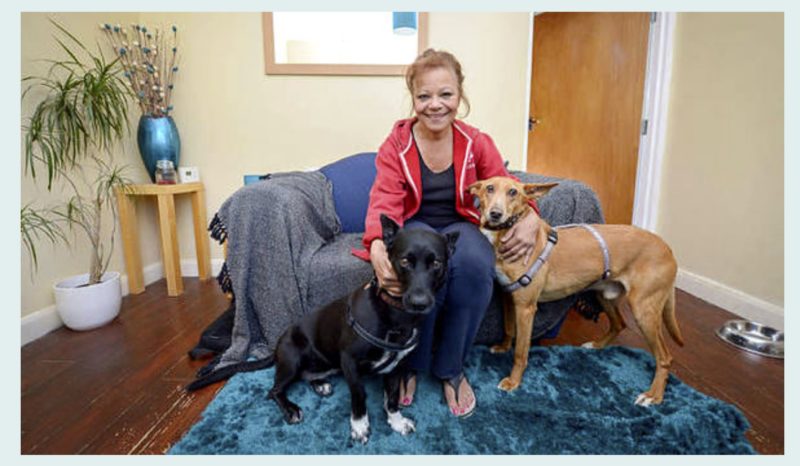 The animal shelter paid for the small pavilion she rented to live with her dogs.

Then, a special page was opened on the internet so that people from different countries could raise funds. 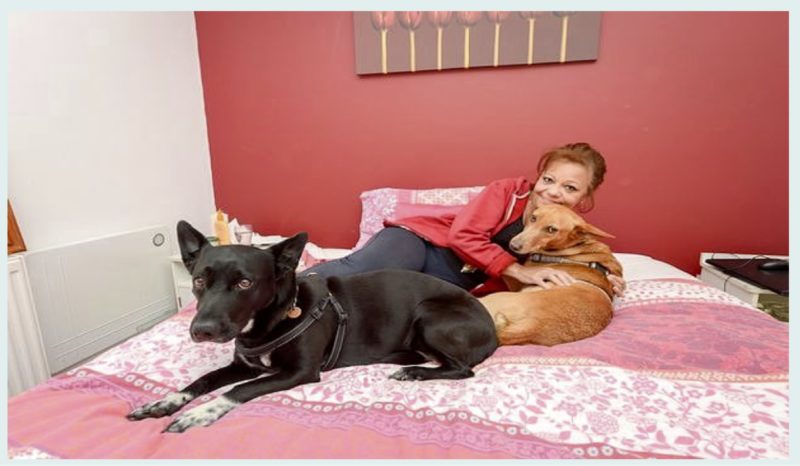 The woman confessed that she was overwhelmed with inexpressible joy, not only for the money received, but for having been surrounded with attention and affection by all these unknown people.
From now on, his life was changed once and for all.