The adorable little Shih Tzu lives in the Altham Animal Center partner of the RSPCA which is located in Lancashire, county in England.

The volunteers rescued him from the streets, otherwise he would not survive. The puppy had dirty fur with all matted hair covering its entire face.

The volunteers couldn’t comb him and the vet cut his hair. So we realized that the charming dog was blind.

The center’s spokesperson told Miller, “Poor little Morris has glaucoma in his right eye which needs to be surgically removed and he also has dry eye syndrome.” He had to take drops three times a day.

Although the dog was abandoned in such a state and despite his handicap, Morris was a very lively brave boy and he knew his surroundings perfectly.

He was also very sociable and liked to cuddle up with the volunteers. 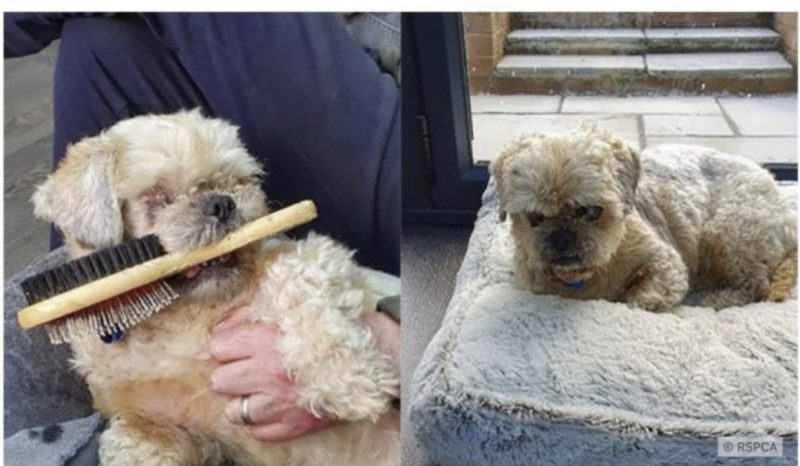 From now on, little Morris had a bristle brush and his coat was always clean and groomed.

And this furry miracle was in love with this brush. He took it in his mouth and during his walk his grooming brush was always with him in a basket.

Morris was lucky to find himself in a welcoming home. His physical and mental condition improved, he ate well and went for walks a few times a day. 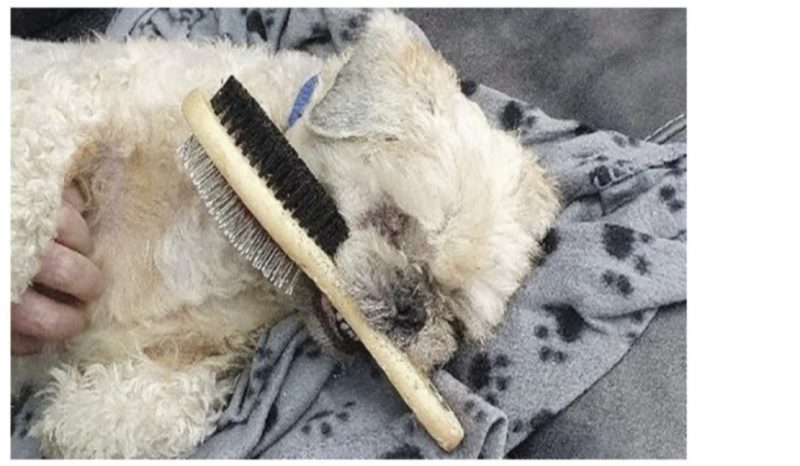 The puppy was ready to live with an adoptive family as long as he was the only pet.

“When another dog comes by, he barks and wags his tail, but that’s his only defence,” the volunteer said.