Jenna loved taking walks with her well-behaved golden retriever dog. Otis liked to run free and sometimes discovered fledglings that had fallen from their nests.

That day, when they went for a walk, Otis pulled away and started barking.
Jenna followed him and saw unfamiliar babies.

At first the woman thought they were small birds, but between the dog’s paws there was something else.
They were rabbits, certainly orphans.

The babies were six, very small and unassisted. And their nest was empty, without a mother rabbit.

They had to be brought back immediately, because there were a lot of birds of prey hunting around, as well as falcons.

Otis wasn’t a female, but he decided to protect the babies.

Perhaps in animals there is also the paternal instinct.
The dog very carefully took the fragile rabbits and put them one by one between his paws.

After gathering them, to appease them, the dog began to lick them. 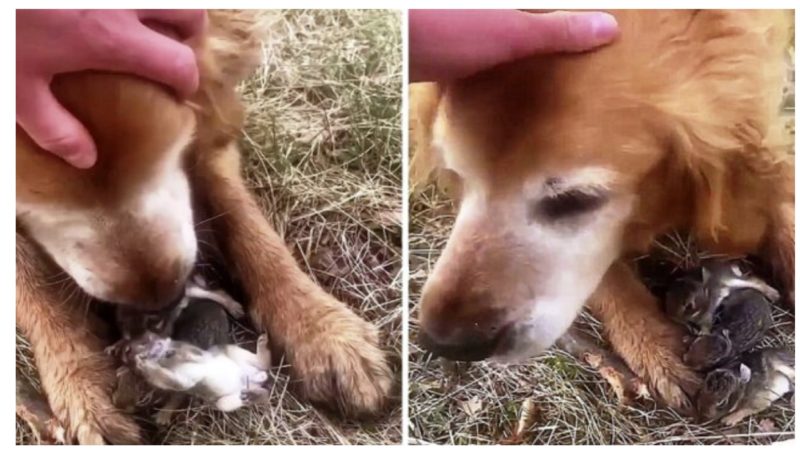 Jenna took the babies home. She knew they would have a very caring adoptive father. Otis welcomed them warmly into their paternal home.

When the adoptive father cared for them, his eyes shone with joy and pride, as he understood that their lives were no longer in danger.
He cared for them with concern, feeling pity and love for them at the same time. 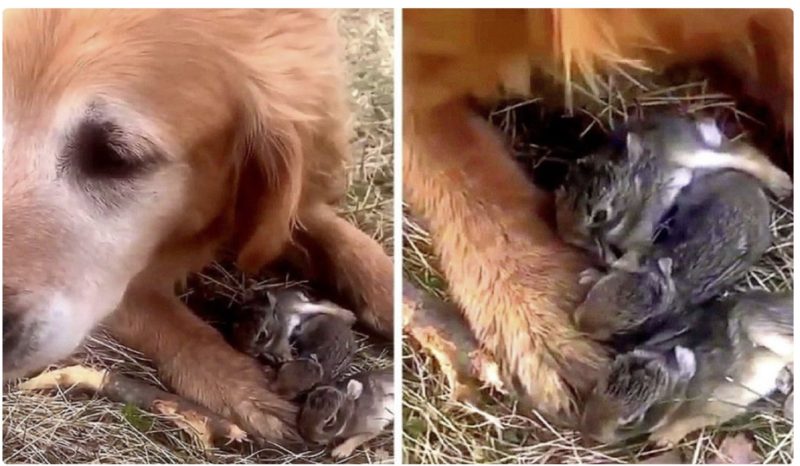 Jenna often said that Otis was a very emotional pooch and it wasn’t the first time he had come to the rescue of animals in need.

The short video below shows Otis comforting the baby bunnies by cuddling them with great affection.