The mother elephant fell with her baby into a deep drainage ditch that appeared due to a storm in Thailand. It was a heartbreaking moment, when the baby elephant looked at its mother who had fallen unconscious.

A team of rescuers and veterinarians had come to the rescue of the elephants and were working tirelessly to save them.

After heavy rains in Nakhon Nayok, Thailand, the elephant and her calf fell into a sewer. 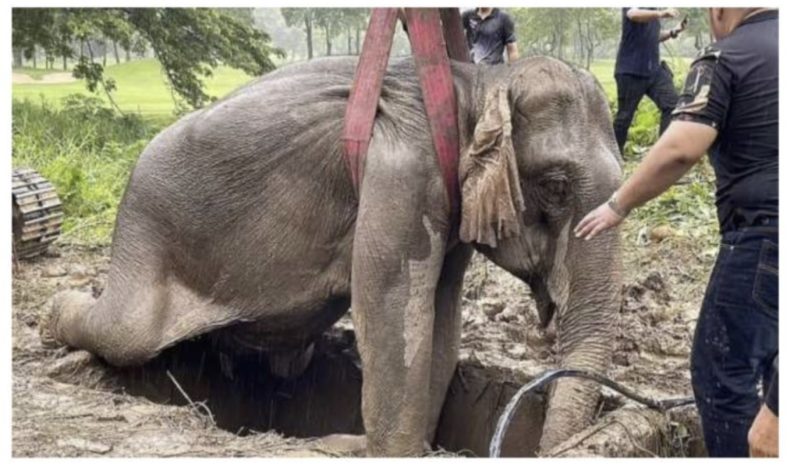 The Rangers, who arrived to help, did everything possible to save the mother and her child, but the unconscious elephant prevented the rescue by making it almost impossible.

To calm the animal, the veterinarians gave him sedatives. The situation escalated when the elephant fainted. It was necessary to act immediately, otherwise all would be lost. 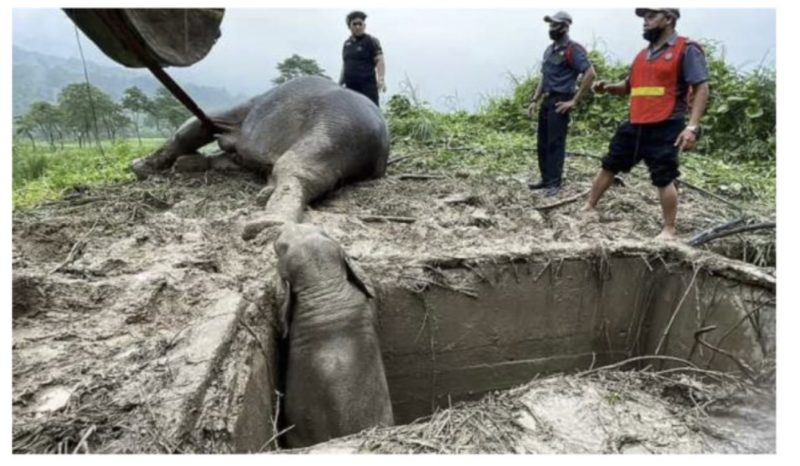 “We couldn’t get near the baby elephant when he was with his mother, so when we gave the mum calming remedies, she lost consciousness entirely and hit her head on the ground.”

Finally, rescuers managed to pull the elephant out with a crane. When the baby elephant was taken from the ditch, he drank his mother’s milk and it was magnificent.

Then, the veterinarians performed cardiopulmonary resuscitation and shortly after, the elephant regained consciousness. 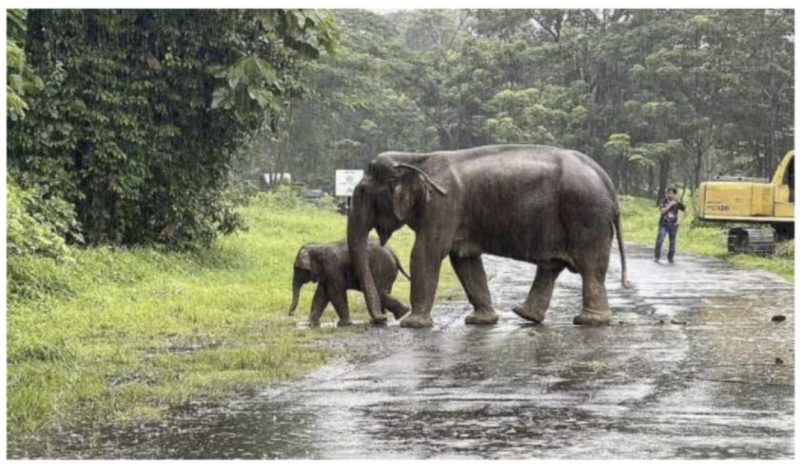 The dramatic scenes show how the poor baby elephant watched its unconscious mother lying on the ground.

“It was the most remarkable rescue we have accomplished,” said Chananya, the rescuer.