The leatherback turtle is a marine giant, it is the largest species of sea turtles that almost does not come out on the shores of the seas and oceans.

These turtles spend their lives swimming and only leave their aquatic kingdom to lay the eggs.

Oceana marine specialists explain: “ These leatherback turtles are extraordinary marine animals. They spend all their time in the waters. 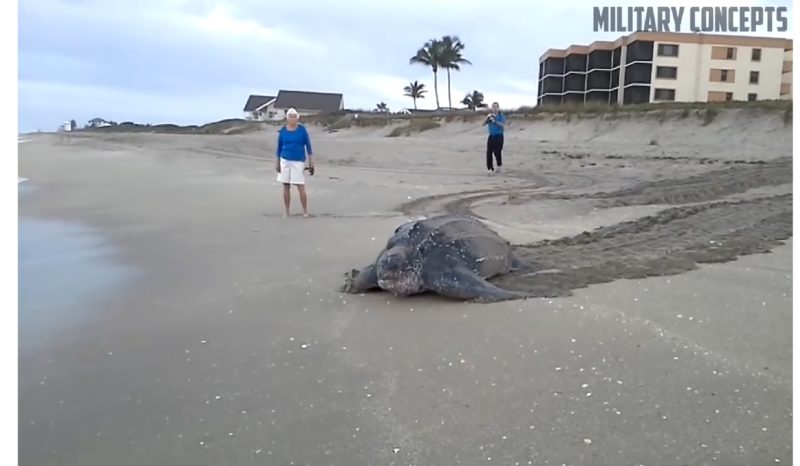 But a leatherback turtle decided to go rest on the sands of a shore and the incredible and captivating images of the rest of the huge reptile were captured by an amateur on the beach.

It was a fantastic sight: the leatherback turtle resting on the beach does not pay attention to the men who are stunned by its appearance and try to film it.

After resting on the sands, she decided to return to her familiar places and headed solemnly out to sea. 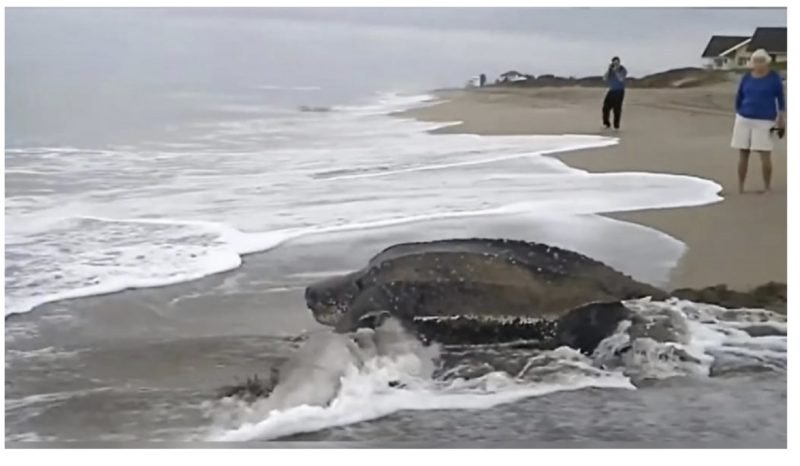 Leatherback turtles weigh up to 2,000 pounds, but they swim for their entire lives and can traverse several thousand miles in marine waters.

Their shell does not resemble that of ordinary turtles. She is like a very hard skin.

On the Oceana page, we read that leatherback turtles travel incredibly immense distances. They can cross the sea many times in search of food or swim at will.