An interesting story happened in China. A 10-year-old boy accidentally discovered a dinosaur nest where there were fossilized eggs. Archaeologists found that the nest with the fossils was 66 million years old.

It was not the first time that in the surroundings of this city the men found fossils relating to the dinosaurs. The city has become famous for its archaeological discoveries. It is the city of Héyuán, in the province of Guangdong.

Young boy Zhang Yangzhe was walking with his mother by the Dong River.

According to Ladbible, Zhang was looking for a stone to crack a nut. The boy found something solid as stone. He loved zoology and was interested in extinct animals, especially dinosaurs.

Upon finding this strange matter, Zhang understood that he had discovered dinosaur eggs and he called Li Xiaofang, his mother, showing her his petrified finds. 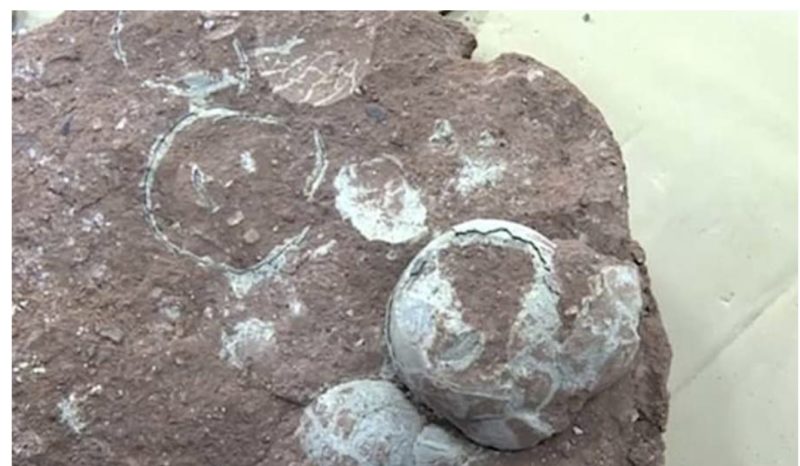 The media started talking about this fantastic discovery.

“The ‘weird stone’, was in the red soil and upon finding it, the boy dug up the earth very carefully,” the Sun said.

“At first, Zhang thought it was a piece of cement. Then, he came to the conclusion, that it was something extraordinary and he started to search the ground very carefully, ”explained The Daily Mail. 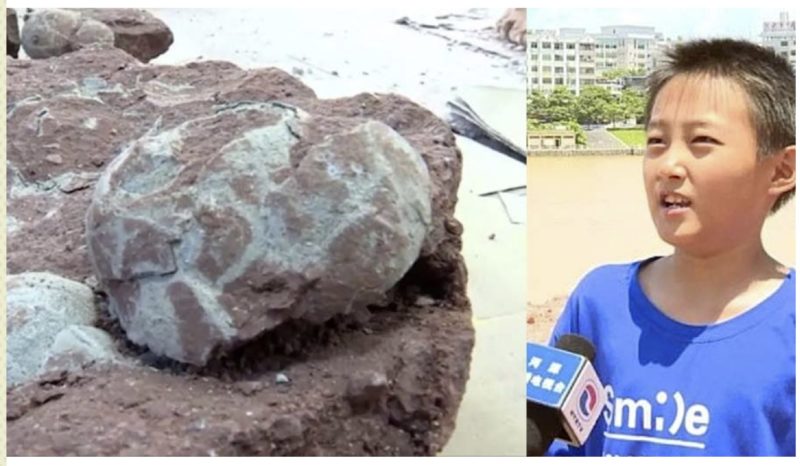 Digging deeper, the clever boy realized he had found something special.

Ladbible reports: “They went to the local media announcing what happened. Zhang is a very understanding boy. He learned all this knowledge at school and in complementary courses”.

The boy and his mother contacted the archaeological museum and waited for the experts who arrived after a short time.